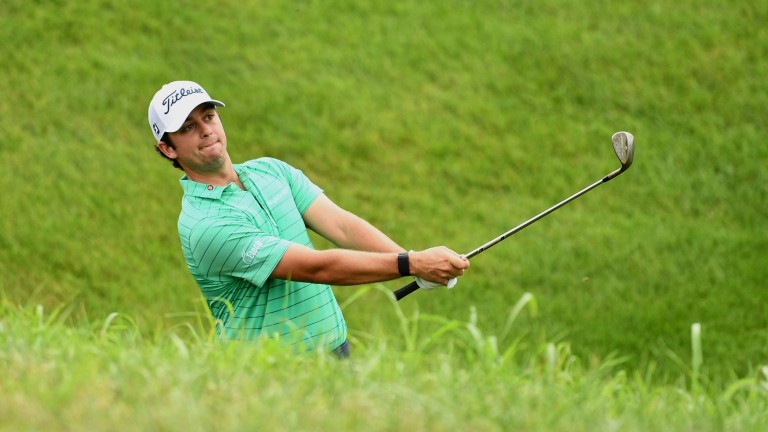 Golf tipping guru Steve Palmer picks three golfers to watch out for on the PGA Tour in 2021.

The PGA Tour, in the wake of Covid-19, decided to maintain the status of all players on both the main circuit and the Korn Ferry Tour through to the end of 2021, so the stars of the KFT this year have not been promoted to the main circuit. Davis Riley, though, is closer than most.

Riley, who won twice this year, will gain immediate access to the PGA Tour should he complete a hat-trick before the end of the prolonged KFT season, which will run to the first week of September, and the 23-year-old is well capable of taking his opportunity.

Riley, a friend of fellow Alabama alumnus Justin Thomas, is the sort of player worth chancing at fancy odds for any PGA Tour gigs he gets. He is brilliant but inconsistent - his maiden KFT win came after a missed cut - and his A-game is good enough to have earned many words of admiration from practice partner Thomas.

Another Korn Ferry powerhouse who seems almost certain to enjoy the upgrade to the PGA Tour before long is Taylor Pendrith, a Canadian slugger who propels his ball huge distances and finished 23rd in the US Open in September.

Pendrith won twice on the Canadian Tour last year and has come mightily close to a breakthrough on the KFT this year, finishing second four times and third once. Most recently he was pipped by a shot in the Wichita Open in September.

It has taken a while for the penny to drop - Pendrith has been a pro since 2014 - but the 29-year-old appears to have all the tools for success in the modern game and he must be seriously considered whenever handed PGA Tour invites.

Riley and Pendrith will only get rare chances on the PGA Tour until they gain Tour cards, but 24-year-old Will Gordon, who bombs it off the tee, earned full status from his 11 starts last season and could be set for a big 2021.

Through sponsors exemptions and other qualifiers, Gordon pocketed $773,220 and enough FedEx Cup points to finish in the top 125 of the standings. Third place in the Travelers Championship got the ball rolling, then he banked six further post-lockdown cheques to get the job done.

Gordon appears to have the game to win multiple PGA Tour titles and a breakthrough could come quickly next year. He enjoyed much success as an amateur in the Sunshine State and could do plenty of damage on the Florida Swing of the PGA Tour.