David Horsey could be set to gallop past frontrunning Jordan Smith 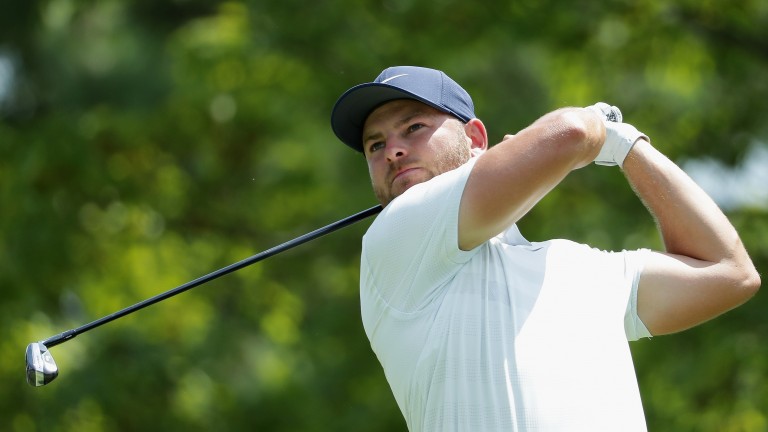 Jordan Smith will take a one-shot lead into the final round of the ISPS HANDA World Invitational, having carded a Saturday 65 at Galgorm Castle to reclaim top spot.

Smith set the Thursday pace with a 62 at Galgorm, but a 68 at Massereene on Friday saw the Bath man slip behind in the two-course event. A bogey-free third round put the 28-year-old back in front going into the closing 18 holes at Galgorm.

Smith, a 28-1 chance ante-post, has won only one European Tour title - the 2017 Porsche European Open almost exactly four years ago. He is a shade of odds-on across the board to convert his narrow advantage into victory.

David Horsey, a four-time Tour champion at the age of 36, is alone in second place, with a three-shot gap to halfway pacesetter Daniel Hillier. Justin Harding, 11-1 pre-tournament second-favourite, is tied for sixth place, while 10-1 ante-post market leader Andy Sullivan is tailed off, two under par and sharing 47th place.

Jordan Smith is getting married in just over a fortnight's time and he will be hoping to head into his wedding as a two-time European Tour champion.

Smith has always been a strong ball-striker, let down by a poor short-game and a suspect temperament. He has been generally brittle in contention since his breakthrough success four years ago - and even that victory in Germany required Alex Levy to miss a three-foot putt for the win at the first playoff hole.

Smith makes no appeal at odds-on, and the 11-4 about David Horsey is more attractive with only one shot separating them. Horsey, a short but accurate driver, can struggle to compete on long layouts, but Galgorm is ideal for the Stockport man to show off his talents.

Racing Post Sport's pre-tournament headline selection, Vincent Norrman, is capable of an explosive finish to close the gap on the pacesetting Englishmen, while young New Zealander Daniel Hillier has shown off his skills this week, but with only two par-fives to gun at, this dynamic duo may have given the frontrunners too much wriggle room.

The final threeball of Smith, Horsey and Hillier is scheduled out at 12.45pm. A cloudy day with light breezes is forecast.