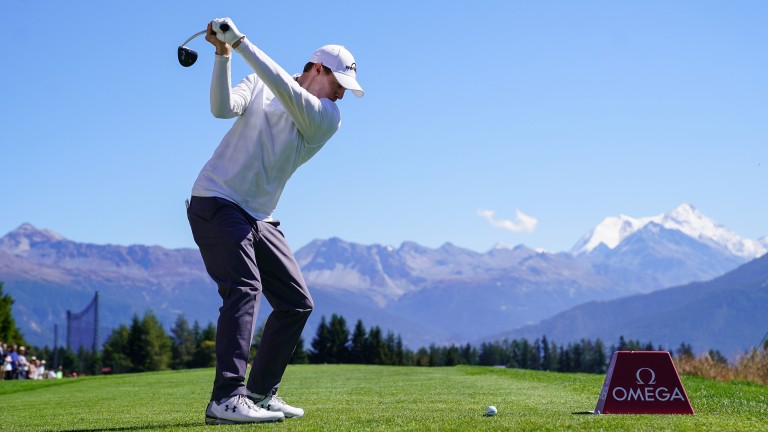 The formula for success is unchanged though - have a solid campaign in the Majors and WGCs, and pick up some healthy cheques elsewhere - that is how to end the year atop the DP World Tour Rankings.

Betting on who will succeed in this market has been tricky in recent years due to serious runners suddenly joining the contest having been unlisted ante-post. Only Tour members can win but membership rules have been loose, allowing players to make late bids for glory.

When Collin Morikawa got a sniff of success following his US PGA Championship victory last year, he became an 'honorary European Tour member' who went to the DP World Tour Championship with a chance. Having played just twice outside America in 2020 - once in Mexico and once in Dubai - he finished fifth competing in just six counting events.

Last year, Morikawa topped the lists despite teeing up in just ten counting events. Billy Horschel was runner-up having played on the European Tour 11 times.

There is scope again for a player not priced up at the start of the year to make a claim, but the following three candidates represent good value on all available evidence.

Sheffield-born 27-year-old Matthew Fitzpatrick, a proud Yorkshireman, will probably never abandon his home circuit completely. He teed up in 14 European Tour events last term, including the Abu Dhabi Championship, the Dubai Desert Classic, the Scottish Open, the Italian Open, the BMW PGA and the Andalucia Masters, which he won at Valderrama in October.

Fitzpatrick has never skipped the DP World Tour Championship - a tournament he has twice won - and there must be every chance he heads to Dubai in November with another opportunity to top the rankings.

The seven-time European Tour champion has shown he can score at Augusta, finishing seventh in the 2016 Masters, while the venue for June's US Open will greatly excite Fitzpatrick. The Country Club at Brookline was the scene of his US Amateur Championship triumph in 2013. Maybe a bumper US Open cheque can provide the foundation of a Fitzpatrick DP World Tour success.

Fitzpatrick has RTD form figures of 12-6-12-24-5-2-4 since becoming a European Tour regular in 2015, so has paid out for each-way punters in each of the previous three seasons. There seems no obvious reason why the world number 24, in tandem with experienced caddie Billy Foster, should fail to contend again.

Progressive Australian youngster Min Woo Lee finished sixth in last year's Race to Dubai and is capable of being a threat for the 2022 title. At the age of 23, Lee has established himself as one of the best players on the circuit, winning twice.

The second victory came in the Scottish Open in July - Lee has shown a liking for links golf - and he could take a shine to St Andrews in the Open this summer.

Lee is a versatile player - seemingly able to perform on tight layouts like Valderrama as well as wide-open tracks like the Renaissance Club - and a series of juicy cheques should head to his bank account over the next 11 months. He starts 2022 ranked 49th in the world, so gains access to all the Majors.

A 30th birthday is coming for Thomas Pieters at the end of January and there is still plenty of time for the Belgian to fulfil his early promise. A strong amateur career was followed by three quick European Tour victories, a magnificent Ryder Cup debut and fourth place in the 2017 Masters, before a career lull.

The Portugal Masters in November, though, provided a fifth European Tour title for Pieters - and there is every chance this sweet-swinging giant goes from strength to strength in the year to come.

From a world ranking outside the top 50, Pieters needs a productive start to his 2022 campaign to make sure he features in the best events, but success in the opening run of Middle East events seems likely. This is a world-class talent capable of winning Majors and WGCs.