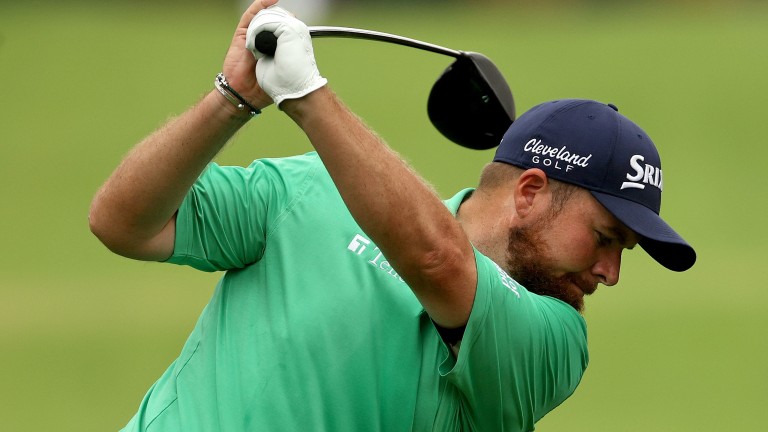 Free golf bets for the RSM Classic on the PGA Tour, starting on Thursday at Sea Island Golf Club.

With two tournaments remaining in the PGA Tour season, competitors who failed to make the cut at The Masters last week will be hoping to finish the year on a high.

However, three who fall into that category may not have much to smile about at the RSM Classic this week.

Former world number one Jason Day missed the Augusta weekend after a second-round 78, just when a share of seventh at the Houston Open the week before had suggested the Australian may have turned the corner.

His one visit to this week's test at Sea Island ended with a finish of 57th in 2012, so he is worth opposing in a match bet with Shane Lowrry, even though the Open champion is taking his first look at the Georgia track.

Finishing 25th at The Masters was not bad after an opening 74 and that built on 11th spot at Houston, so the Irishman's game looks to be in a good place.

Matt Kuchar also had last weekend off and although he regularly practises at Sea Island, he has claimed just one top-ten finish in his  eight attempts to win the RSM.

Kuchar, who missed the cut by one last week, has not had a top-ten finish since the restart and challenger Talor Gooch could be in a much better place.

Gooch was 23rd in this tournament last year and he closed with an impressive 63 at Houston, where he claimed fourth.

Kevin Kisner is a former Sea Island champion but he missed the cut last week and doesn't seem to be his usual consistent self.

So it's worth taking a chance on Jason Kokrak performing better, even though he also had the weekend off.

He has posted six top-20 finishes in his last eight tournaments and it is just five weeks since he tasted victory at the CJ Cup.