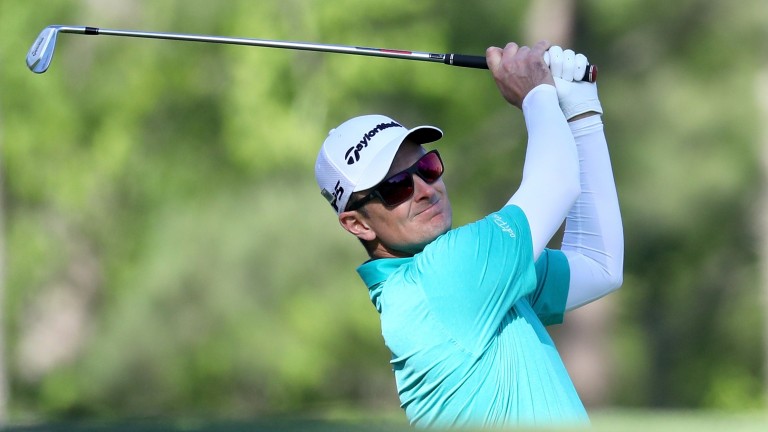 Justin Rose played some incredible golf at the end of last year
Getty Images
1 of 1
By Steve Palmer UPDATED 11:38AM, MAR 7 2018

Jordan Spieth failed to find top gear for the sixth time this year when sharing 14th place in the WGC-Mexico Championship on Sunday after another frustrating week, but the former world number one is clear favourite for the Valspar Championship.

Illness was a good excuse for Spieth underperforming in the first few weeks of the year, but fitness was not an issue in Mexico, where his vulnerability over short putts was exposed. Spieth won the Valspar in 2015 and deserves his place at the head of the market, but his price is unappealing given the dent his flat-stick confidence took in Mexico.

Rory McIlroy and Tiger Woods are making their Valspar debuts, a significant negative at a track being used for the 18th time. McIlroy has been unimpressive Stateside this term, while Woods is looking to prove there was nothing fluky about his 12th place at the Honda Classic last time out. He looked good in the Honda, but more evidence is needed before he becomes a serious betting proposition.

There was a lot to like about the way Justin Rose carded seven birdies in a final-round 67 in Mexico on Sunday and it appears the English lion is ready to roar again.

Rose took more than a month off between the Farmers Insurance Open and the Mexico Championship, going on a family skiing holiday and fully recharging his batteries, so there was plenty of rust in his system over the first three days of the WGC. The fast finish, though, indicates a return of the sparkling form with which he ended last year.

Rose was in magnificent nick from September to Christmas, sharing second spot in the BMW Championship before winning the WGC-HSBC Champions and the Turkish Airlines Open. He finished in the top ten in his final ten events of 2017, signing off with a sensational 29-under-par effort in the Indonesian Masters for an eight-shot triumph.

Rose tied for eighth in his only Stateside start this year in the Farmers and is entitled to approach the Valspar Championship with immense confidence. The 37-year-old looks at the peak of his powers and a surefire title contender if he enjoys a half-decent week on the greens.

The tee-to-green difficulty of the Copperhead Course plays into the hands of Rose, who is one of the most consistent swingers on the circuit, and his performances there have been unsurprisingly solid. He tied for 14th place on his debut in 2008, then compiled figures of 13-5-29-8 before missing the cut when arriving in poor form for his latest visit.

Rose lived in Florida for a few years before moving to the Bahamas in 2014, so is extremely comfortable with conditions in the Sunshine State. He won the 2012 WGC-Cadillac Championship in Florida and was runner-up to Tiger Woods in the 2013 Arnold Palmer Invitational.

Rose is looking to step up a gear and is desperate to go to Augusta next month to atone for his Masters agony of last year. He can get off the mark for 2018 with Valspar glory.

Another Major champion can join Rose on the leaderboard. Charl Schwartzel added this event to his schedule in 2016 and won it, defeating Bill Haas in a playoff, then he finished sixth in a stout title defence 12 months ago, despite arriving in dismal form.

The 2011 Masters victor likes Florida, where he was runner-up in the 2010 WGC-CA Championship and fourth two years later, and solid if unspectacular recent form makes the South African a dangerman at a juicy price.

Schwartzel's swing looked in fine fettle in the SA Open at the start of the year and any upturn in his putting form would make him a serious runner. Linking up with experienced caddie Ricci Roberts at the start of the season can only help the cause.

Cameron Smith has the game to handle difficult courses like this one, as he underlined with fourth place in the 2015 US Open on his Major debut, and the improving 24-year-old Australian can go close to his first individual US Tour title this week. Smith won the Zurich Classic pairs event with Jonas Blixt in May, but is more than capable of succeeding on his own.

Smith is based in Jacksonville, so is playing in his adopted home state this week, and he can be expected to better his previous Valspar efforts of 42-49. Victory in the Australian PGA in December has done wonders for his belief and four of his five 2018 US Tour appearances have yielded top-20 finishes including sixth spot in the Genesis Open last time out.

Chez Reavie, a Phoenix Open playoff loser a month ago before tying for second place at Pebble Beach, has not missed a cut for almost ten months and has moved up to 47th in the world rankings. Copperhead suits him perfectly and eight previous visits have delivered five top-30s, despite his confidence being much lower than it is now.

Reavie missed three cuts in a row prior to last year's Valspar, and three more afterwards, but his liking for this layout meant 27th place at Copperhead and a healthy cheque. The 2008 Canadian Open champion was runner-up in the 2015 Web.com Tour Championship in Florida.

Complete a strong each-way assault with 2012 US Open champ Webb Simpson, whose skills are also tailor-made for this assignment. Simpson was Copperhead runner-up in 2011, beaten by a shot, and he has four top-20 finishes to his name there.

Simpson got his putter working at the end of last year and eight of his last 12 tournaments have yielded top-20s, including third place in the Wyndham Championship, fourth in the Sony Open and fifth in the Honda Classic the week before last.

Others to note
Zach Johnson
The veteran, winless for almost three years, could be inspired by the Mexico heroics of Phil Mickelson. He has the right game for Copperhead.

Kyle Stanley
The greens-in-regulation machine could grind his way to a place on the leaderboard, but his putting remains shaky.

Kevin Streelman
The 39-year-old journeyman won this tournament in 2013 by closing with seven consecutive birdies. His bright 2018 form demands attention.

Henrik Stenson
The 2016 Open champion boasts Valspar form of 4-11-7. He is an obvious danger, but the 41-year-old suffered a rib injury at the end of last term and has lacked sparkle since returning to the circuit.

Matthew Fitzpatrick
The Englishman should enjoy Copperhead, which plays to his strengths, but this is his Valspar debut.

Sergio Garcia
The Masters champ swung well throughout the Mexico Championship, but poor putting meant a seventh-place finish. This is another title chance on a ball-strikers' track.

When to bet By noon Thursday

Where to watch Live on Sky Sports from noon Thursday

Course overview This is a tough, tree-lined layout, opened in 1972 and hosting for the 18th time (no tournament in 2001). It opens with a double-dogleg par-five, the fifth is an uphill par-five of 605 yards to a small, well-bunkered green, while the 235-yard eighth is the longest of the five par-threes.
The most difficult hole is the par-four 16th, where water runs down the right of the fairway. It starts what is known as the Snake Pit – a hugely demanding closing three-hole stretch.
The tournament was formerly known as the Tampa Bay Classic, Chrysler Championship, PODS Championship, Transitions Championship and Tampa Bay Championship.

The story of last year Adam Hadwin claimed his maiden US Tour title, beating Patrick Cantlay by a shot

Weather forecast Cool but clear for the first two days, before a warmer but stormy weekend. Moderate breezes, peaking on Sunday.

Type of player suited to challenge Copperhead puts a premium on solid driving and straight hitting, which is why the likes of KJ Choi, Retief Goosen, Jim Furyk and John Senden have flourished at the layout. Three of the last six winners are short-game masters – Luke Donald, Jordan Spieth and Adam Hadwin – so a mixture of accuracy and touch is the dream ticket