Simpson has the attributes to make strong challenge at Concession 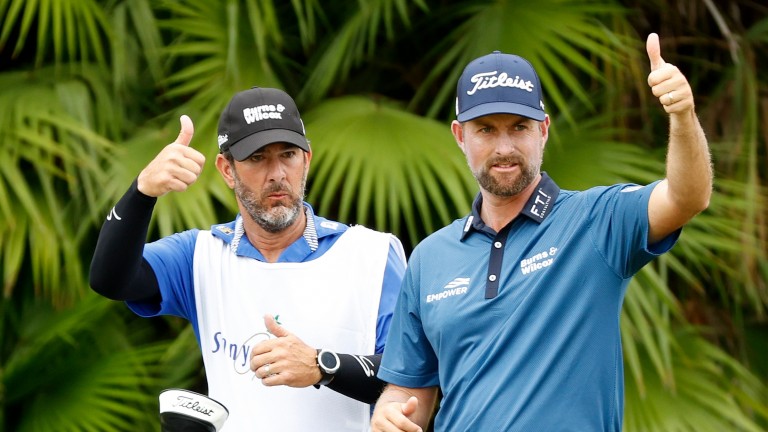 Webb Simpson should be confident of a strong performance at The Concession this week
Getty Images
1 of 1
By Ian Wilkerson UPDATED 5:38PM, FEB 23 2021

Golf tips, best bets and player analysis for the WGC-Workday Championship at The Concession GC starting on Thursday.

Bet365 are offering seven each-way places on the WGC-Workday Championship. Sign up and get up to £100 in bet credits

The World Golf Championship has left Mexico behind this year due to the Covid-19 outbreak, so the golf's best players head to Florida to the unfamiliar surroundings of The Concession Golf Club.

World number one Dustin Johnson is a familiar sight at the top of the market and while US Open champion Bryson DeChambeau tasted a course success during his college days, few will have experience of what is described as one of America's toughest courses.

That could lead to an open affair but there are plenty among the 72-man field who will fancy their chances of pocketing the hefty first prize.

It is difficult to say exactly what skills will come to the fore when a course is tackled by elite company for the first time, but the tight fairways and undulating greens at the Florida track point to a tricky test.

And even though it stretches beyond 7,400 yards, this could prove an examination that demands strong course management and the ability to guide the ball around while avoiding danger.

Find the fairways and exhibit some decent iron play and you could be in business, and one player who fits that mould is Webb Simpson.

The former US Open champion has found his best form for years since the PGA Tour underwent a virus sabbatical. He won the RBC Heritage in June - the second tournament after the return to action - and has missed just one cut since.

He is ranked third in driving accuracy, 39th in greens in regulation and has found his touch with the flatstick as well as he is ranked 14th in the strokes-gained putting statistic.

Simpson has the scrambling skills to cope if he does miss the undulating Concession putting surfaces and he has posted six top-ten finishes since his RBC triumph.

He was tied for 42nd last time out at the Phoenix Open but it was not a wasted week as he recovered well from a disappointing opening 73, so he could put in another decent performance in a week when he seems to tick plenty of boxes.

Tyrrell Hatton has firmly established himself among the world's best players and he should relish the opportunity to prove he deserves his rise to fifth in the global rankings.

Having broken his Stateside duck at last year's Arnold Palmer Invitational, he has gone from strength to strength and his three missed cuts in his last 26 outings have all been in Majors.

He has claimed nine top-ten finishes since that win and claimed victories at two of the European Tour's biggest tournaments, the PGA Championship at Wentworth and at the Abu Dhabi Championship last month.

His statistics make excellent reading - he is 48th in driving accuracy, 31st in greens in regulation and 24th in strokes-gained putting - and this represents a good opportunity for the man from High Wycombe to truly announce himself on the world stage.

There are a host of players with strong claims this week, but two rising stars of the game can make a big impression.

Viktor Hovland has risen to 14th in the world rankings and deserves respect as he is 11th in GIR and fifth in strokes gained off the tee.

A 76 in the final round went a long way towards his disappointing 31st at the Tournament of Champions, but he has recovered well with some consistent performances.

He was second at the Farmers Insurance Open, sixth at the star-studded Saudi International and fifth at the Genesis Invitational last week and he definitely deserves respect, even in this illustrious company.

Joaquin Niemann can make his mark too, even though a Saturday 78 put paid to his Genesis chances after an encouraging start last week.

He was second at both the Tournament of Champions and Sony Open in Hawaii so has some 2021 form in the book and as a player ranked 20th in greens in regulation, this could prove a test that suits him.

Expect him to be knocking at the door, 18 months after a six-shot success at The Greenbrier.

Bryson DeChambeau
The US Open champion won the 2015 NCAA Championship here six years ago, but he has been seen just five times since capturing his first Major in September and he missed the cut last week.

Dustin Johnson
With nine top-tens and an 11th-placed finish in his last ten outings, it is no surprise to see him at a single-figure price, but he fell away in the final round last week and he may be a bit skinny on an unfamiliar track.

Tony Finau
Finau claimed his third successive second-place finish at the Genesis last week and has not won since the 2016 Puerto Rico Open. He's obviously playing well but all these near-misses must be taking their toll.

Rory McIlroy
McIlroy has three WGC triumphs on his CV but he missed the cut by a street last week so it is difficult to be confident.

Jon Rahm
The Spaniard has been ultra-consistent and has previous experience of the course having finished 22nd in the college championship six years ago. It would be no surprise if he featured at the top of the leaderboard again.

When to bet By 4pm Thursday

When to watch Live on Sky Sports Golf, 4pm Thursday

Time difference Florida is five hours behind the UK & Ireland

Course overview The Concession Course was designed by Jack Nicklaus and Tony Jacklin in recognition of Nicklaus's decision to concede a two-foot putt Jacklin had to earn a tie in the 1969 Ryder Cup. Hence the name.

It was opened in 2006, but the only notable tournament it has hosted was the 2015 NCAA Championship for college students, which was won by US Open champion Bryson Dechambeau. It steps up this week after Covid-19 prevented play at the tournament's most recent home in Mexico City.

Many of the holes are inspired by some of the world's most famous courses ranging from Pebble Beach and Bay Hill to Troon and Birkdale.

One feature is the large bunkers and accurate driving will be required to avoid the trees lining most fairways. The Bermuda greens undulate and are likely be fast, which has encouraged comparisons with Augusta National.

There are four par fives, two in each half and some may be tempted to try and drive the 349-yard 12th. Just one of the four par threes is less than 200 yards.

Story of last year Patrick Reed hit three birdies in the final four holes of his Sunday round to hold DeChambeau at bay in Mexico.

Weather forecast A dry and increasingly warm tournament is expected with temperatures on Sunday expected to peak at about 31C.

Type of player suited to the challenge This is an unfamiliar course that should test all elements of the player's game but those who can regularly find the green and then perform well once they are there could enjoy a profitable week.