Lewis can build on decent show at Pebble Beach 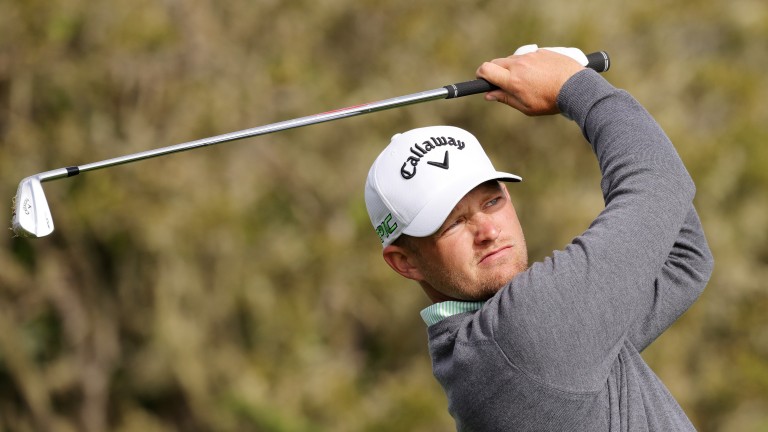 Golf tips, best bets and player analysis for the Puerto Rico Open at the Grand Reserve Country Club on the PGA Tour.

William Hill are offering six each-way places on the Puerto Rico Open. Sign up and bet £10 to get £30 in free bets

The top players in the world are Florida-bound this week but the PGA Tour action in Puerto Rico promises to be fiercely contested.

Established Tour pros looking for a confidence boost and rising stars anxious to make a big impression should have plenty to play for at the Grand Reserve Country Club in Rio Grande.

The Puerto Rico Open gives the opportunity for those fighting their way back to form to gain a strong finish while the game's giants are elsewhere and one player who could benefit is Tom Lewis.

In August the man from Welwyn Garden City was among four players who finished a shot behind Justin Thomas at the WGC St Jude Invitational, and while he will not be dining at the top table this week he could make a big impression in the subsidiary competition.

He showed great mettle on that occasion to recover from a disappointing opening 73 and while things have not gone well since for the man who won the 2019 Korn Ferry Tour Championship, there were signs of life last time out at Pebble Beach.

A Saturday 74 put paid to his chances after a fine opening 66 but it was still a decent tee-to-green performance and he should not be ruled out of contention just because he missed the cut last year.

The two-time Portugal Masters champion should be able to build on that performance and, if everything clicks, it could be his week.

Not so long ago Branden Grace was ranked in the world's top ten and was regularly putting in strong performances in Majors.

The 32-year-old from Pretoria has slipped to 147th in the rankings but there have been signs of life in the last few weeks and he can make his presence felt in this company.

The South African should be encouraged by his eighth at the World Tour Championship in Dubai in December, his first top-ten finish in 20 tournaments.

He missed the cut at the Sony Open in Hawaii on his first appearance of the new year but 34th at Pebble Beach was not bad when put up against the calibre of opposition he is facing this week.

Grace improved on that with 20th at last week's Genesis Invitational and those results look decent foundations.

There is a good chance that some of the Korn Ferry Tour's leading lights will make an impression and the pick of the bunch could be Augusta's Greyson Sigg.

Six of the last seven Puerto Rico winners claimed their maiden success at the Grand Reserve and while Sigg has yet to break his duck on the secondary tour, there have been some close shaves.

He was second at the Tour Championship when a shot behind Brandon Wu and has had three top tens in five outings since, including last week's Suncoast Classic, when he finished seventh following a closing 67.

It would be no surprise if the 26-year-old settled well on his course debut.

Matt Wallace
Ranked 55th in the world, Wallace is officially the best player in the field. This is his course debut but recent efforts in Dubai and Saudi Arabia were disappointing.

Ian Poulter
The Ryder Cup hero has taken a while to get going after finishing 25th at The Masters, but he is respected having finished third here in 2016.

Emiliano Grillo
The Argentinian has finished second and third on his last two visits but has claimed just one top-ten finish in his last 15 outings.

Scott Brown
A record of five top-tens in eight visits deserves respect but he has missed ten of his last 15 cuts.

When to bet By 11am Thursday

Course overview This long Tom Kite layout with spectacular views of the El Yunque rainforest and the Atlantic Ocean makes its 13th appearance on the PGA Tour, having been crafted in 2004. The track was known as Coco Beach last year and has also been Trump International. This is a composite course with holes taken from two 18-hole layouts on the luxury leisure and residential complex. There are four par-five holes, but the 15th is 600 yards and typically into the wind, while the 18th is 630 yards, so those two beasts provide a late test of power. There are 18 water hazards and the most difficult hole has traditionally been the 459-yard 14th.

Weather forecast It should be a sunny start to the tournament but winds are expected to be at their strongest on the opening two days. Showers look likely over the weekend.

Type of player suited to the challenge Players of a variety of styles have tasted success in this tournament and eight of the last 12 winners have claimed a maiden triumph. Strong driving could provide an advantage.

FIRST PUBLISHED 1:50PM, FEB 23 2021
While things have not gone great since he won the 2019 Korn Ferry Tour Championship, there were signs of life last time out at Pebble Beach