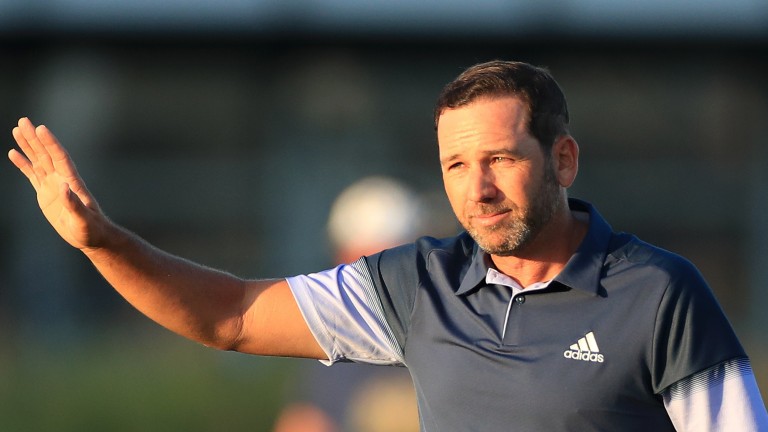 Golf tips and best match bets for the 3M Open at TPC Twin Cities on the PGA Tour.

Former Masters champion Sergio Garcia has been playing solidly for the last month and he should be able to build on a decent Open Championship by finishing as top European at TPC Twin Cities in Minnesota this week.

The Spaniard makes his debut in the 3M Open but he should have a spring in his step after four successive top-20 finishes which included 19th place at Royal St George's, where he recovered from a Saturday 73 to post a closing effort of 66.

Garcia, whose last PGA Tour victory was at the Sanderson Farms Championship in October, is ranked third in strokes-gained off the tee which should bode well for what is one of the more straightforward tracks on the circuit.

It should be a test he finds to his liking on his debut appearance and there look to be few big challengers from Europe to threaten his chances of being the continent's top performer.

Robert MacIntyre deserves respect after finishing eighth at Sandwich, but his limited US experience could count against him.

Tony Finau is arguably the most frustrating player in the game for punters, but he should be able to get the better of Louis Oosthuizen in a 72-hole match bet.

Finau was among seven players who tied for third at the Minnesota venue last year, and while he has finished second in ten tournaments since he won the 2016 Puerto Rico Open, solid performances are almost guaranteed even if he doesn't win.

Oosthuizen, who makes his event debut, saw his Open chances slip away after leading for three-quarters of the tournament and finished third, three shots off the pace.

He was runner-up in the US Open too, has never won in America and it could be just a matter of time before these frustrations take their toll.

FIRST PUBLISHED 4:35PM, JUL 21 2021
The Spaniard makes his debut in the 3M Open but he should have a spring in his step after four successive top-20 finishes