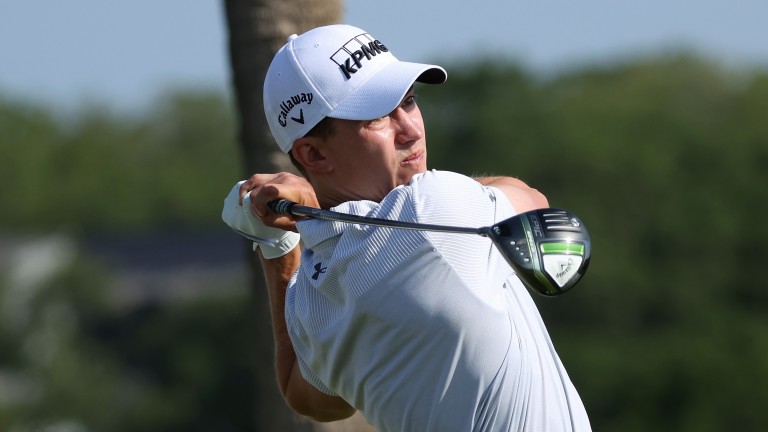 Golf tips, best bets and player analysis for third round of the PGA Tour's 3M Open at TPC Twin Cities.

The 3M Open always looked a difficult task to solve before a ball was struck and the PGA Tour event has a wide-open look at the halfway stage with 25 players within four shots of the lead at TPC Twin Cities.

Adam Hadwin and Ryan Armour are the men to catch after both shot a six-under second-round 65 to reach ten under for the tournament, but Bo Hoag, Chez Reavie, Jhonattan Vegas and Roger Sloan will all start the third round a shot off the leaders.

Rickie Fowler, who opened up with a 64, carded a 73 on Friday to drift back down the leaderboard while pre-tournament favourite Dustin Johnson missed the cut by two shots.

It's all up for grabs through 36 holes in Minnesota and anyone within a few shots of the lead will fancy their chances of claiming PGA Tour glory at the 3M Open.

The leaderboard features a number of PGA Tour winners but none of them can be considered prolific. Hadwin's only victory came at the 2017 Valspar Championship while Armour is another one-time winner, claiming the Sanderson Farms title in the same year.

Two-time winner Reavie claimed the Travelers title two years ago and Vegas has triumphed three times on Tour, although he has not tasted success since 2017, so this tournament remains hard to call.

Promising maiden Maverick McNealy, two behind despite suffering a one-stroke penalty in the second round, has carded two composed rounds of 67 to work his way into the mix and can charge up the leaderboard on moving day.

The Californian, a runner-up at the Pebble Beach Pro-Am earlier this year, has ranked fifth from tee-to-green at the 3M and his excellent all-round game should hold him in good stead over the weekend.

He can go lowest in the 5.43pm threeball which also features Brian Stuard and Jonathan Byrd. Stuard is a capable operator but lacks power while while Byrd has been struggling for some time and is likely to fall back.