Hard to get excited about the price of Spieth and Tiger 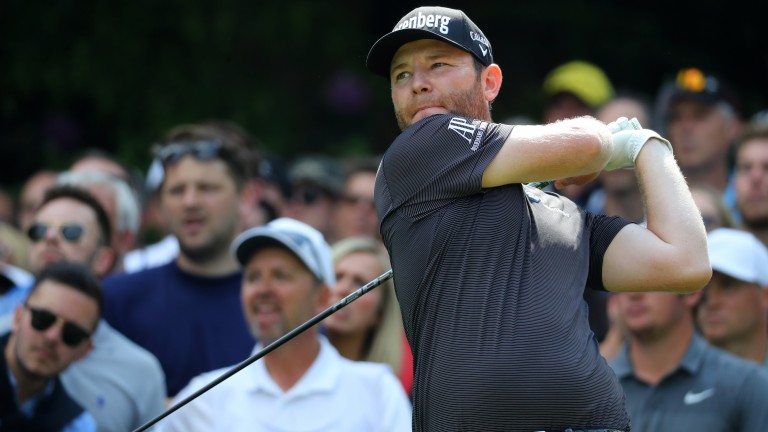 Branden Grace could be a bit of value for the US Open, the Major in which he has enjoyed two of his best results - fourth to Jordan Spieth in 2015 and fifth to Dustin Johnson the following year.

Beaten only two shots by Spieth, the South African had a real shout at winning until carving his drive on the railroad and OB at the 70th hole. “Just one bad swing cost me in the end,” he said.

A seasoned links player - he grew up with the game on the Fancourt Links back home and is a past winner of the Dunhill Links pro-am - Grace’s last American victory came at the 2016 Heritage at Hilton Head, a course with a number of links elements.

So Shinnecock, the New York course that has marked similarities to Royal St George’s on our Open Championship roster, should suit him. He needs the wind to blow to show winning form and he just might get it on Long Island.

The price is right because he’s a non-winner this year but fifth place at Wentworth on his last European outing told us he was in a good place. The week before that he closed his run at the Byron Nelson with a 62 that sent him soaring to third. He has been remarkably consistent, not missing a cut on either tour.

Although the Brits have wretched Shinnecock records, there’s no reason why Justin Rose shouldn’t reverse the trend. He is Europe’s best right now, arguably the world’s best, and is a good thinker.

Rose thrives on hard courses where par is a good score and he’ll certainly get one this week. His one Major came in this championship in 2013, he was gold medallist at the 2016 Olympics and he’s a fine big-occasion competitor.

Dustin Johnson’s lone Major also came at a US Open and now that he’s back at world number one following a six-shot victory at St Jude, DJ is on track for a hot summer. If he can stay out of the long stuff, he must surely contend.

The US Open is the one Major missing from Phil Mickelson’s Grand Slam portfolio and how he must forever be regretting the double-bogey at Shinnecock’s 17th that cost him the championship 14 years ago.

He has been second and fourth there and is playing some of the best golf of his career. It must be in his favour that the fairways are wider than in former times.

Lefty will be 48 on Saturday and his nerve may let him down but if he ever gets a sniff don’t be surprised if he makes the frame.

There are plenty of candidates for the fifth pick but it’s hard to get excited about the price of Spieth and Tiger given their putting malaise, Jon Rahm has been a bit quiet.

Justin Thomas has a sound chance but doesn’t fall into the right age/experience bracket for me, so let’s go with one of the hottest golfers on the planet, Wentworth champion Francesco Molinari, who is 38 under par for his two latest outings.