Hungry Schwartzel can bury the ghost of Glendower 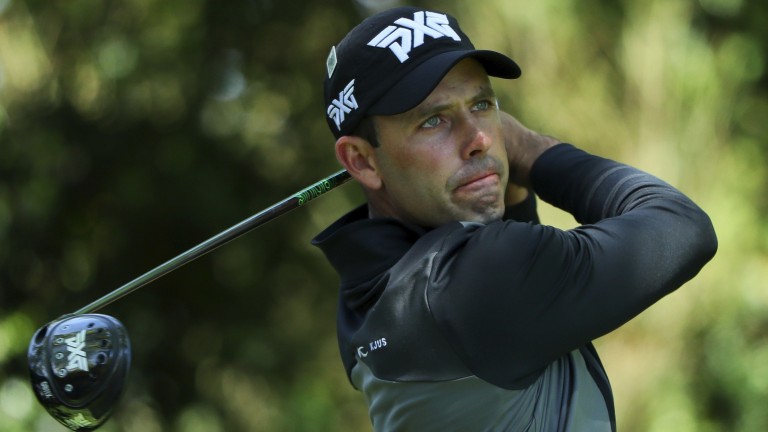 Charl Schwartzel has been striking his ball with authority
Andrew Redington
1 of 1
By Steve Palmer 8:00PM, JAN 9 2018

Palmer's top tip
Charl Schwartzel 15-2
Aside from the Majors, the South African Open is the tournament Charl Schwartzel would like to win above all others, and the highly motivated 33-year-old can land overdue Glendower Golf Club glory on Sunday.

Schwartzel has been unpopular in the market this week, punters remembering the way he spurned a five-shot lead at Glendower in the final round of the 2015 edition. Schwartzel was four ahead with five holes to play before a late collapse and has never won the South African Open.

There are huge positives to take from that performance, though. The play-off defeat to Andy Sullivan was further proof of Schwartzel's suitability to Glendower, which is set up almost identically this week to how it was three years ago. Despite lacking confidence with his driver, Schwartzel managed to finish second, peppering flags with his irons.

Schwartzel's only other appearance at Glendower yielded fourth place in the 2014 season. A stomach virus kept him out of the 2016 tournament, then personal problems meant he missed the event again 12 months later, but he is back this week and full of hunger.

The 2011 Masters champion is a moody character who can lose interest in golf at times, but it is telling that he was hard at practice last week in Gauteng. He started 2018 by getting straight back to work and is desperate to have his name on the SA Open trophy before he hangs up his clubs.

Schwartzel's record of success in European Tour events staged in his homeland is magnificent. He has won the Alfred Dunhill Championship four times, the Joburg Open twice, and also has a victory in the Africa Open and the Tshwane Open. Eight of his 11 European Tour triumphs have come in South Africa, but his national Open has eluded him.

South African Open form figures of 15-3-32-2-12-10-16-31-26-4-5-4-2 highlight how close he has come, and a half-decent week of putting would make this a golden chance to end the wait. Schwartzel was third in the Masters last year, second in the St Jude Classic, has not missed a cut since June, and is swinging confidently.

Next best
Branden Grace 13-2
By far the biggest obstacle to Schwartzel fulfilling his SA Open dream is Branden Grace, who won the Nedbank Challenge in front of adoring home crowds in November. A similar story could unfold at Glendower, where he has form figures of 8-15-4.

Backing both Schwartzel and Grace does not make for a glamorous staking plan, but sometimes it is sensible to accept that trying to get the market leaders beaten looks like mission impossible, rather than fritter away money on speculative darts.

Glendower is set up to be a grind this week – a tree-lined course with heavy rough and slick greens – and only the best ball-strikers will survive. Schwartzel and Grace can hang tough for 72 holes while their lesser players suffer.

The two Presidents Cup pals are a class above the rest of the field at Glendower for what is a weaker than usual SA Open. Sunshine and light breezes are forecast for the most part, so the weather is unlikely to interfere with favourite-backers.

Grace, who has a first son due in April, has won four of his eight European Tour titles at home – the Joburg Open, the Volvo Golf Champions, the Alfred Dunhill and the Nedbank – as well as three other Sunshine Tour events. He closed 2017 strongly and can ping the lids in 2018.

Other selection
Jason Scrivener 50-1
The most attractive of the bigger prices is the 50-1 about Jason Scrivener, who finished last year in the form of his life and could make an impact this week in the country of his birth. The South Africa-born Australian, who moved to Oz when he was ten, won the NSW Open by six shots in November.

That emphatic Australasian Tour breakthrough was followed by 19th spot in the Aussie Open and 15th in the Aussie PGA, where Scrivener signed off for the year with a 67. He and his coach are buzzing about the state of his game and Glendower looks an ideal place for this accurate operator to show it off.

Scrivener made his SA Open debut in 2015, finishing 11th as a European Tour rookie, then tied for 12th on his only subsequent Glendower visit 12 months later.

Others to note
Dylan Frittelli
The improving 27-year-old South African has won two low-grade European Tour titles and must be considered, but he has missed the cut in two SA Opens at Glendower and was holidaying in Texas until the middle of last week.

Erik van Rooyen
Another 27-year-old local with plenty to offer. He was runner-up in the Joburg Open last time out. May be too erratic off the tee to become a Glendower champion.

Brandon Stone
The 2016 champion loves Glendower, where he made his European Tour breakthrough and fired a 61 in practice before his title defence. Shaky recent form makes him difficult to trust this time.

Thomas Detry
The Belgian youngster finished third in the 2016 Alfred Dunhill, showing an immediate liking for South African conditions, and this emerging talent could threaten another place this week.

Haydn Porteous
The South African powerhouse is full of ability and must be respected, but tight tracks with heavy rough are not the best places to support him.

Jordan Smith
The Englishman chased home Graeme Storm and Rory McIlroy at Glendower 12 months ago, before winning his maiden title in July. Suffered with glandular fever at the end of last year, though, so may not be up to full speed.

When to bet By 5am Thursday
Where to watch Live on Sky from 8am Thursday
Time difference South Africa is two hours ahead of the UK and Ireland.

Course overview Glendower replaced another Ekurhuleni course, Serengeti Country Club, as the South African Open venue in 2014. Glendower also staged this tournament in 1989, 1992 (as part of the 1993 season) and 1996 (1997).

It is a highly ranked parkland layout which is one of South Africa's old classics, with Bobby Locke famously winning the 1939 Transvaal Open there with a 'world-record' score of 265. Vijay Singh won the 1997 SA Open at Glendower. Extensive modifications were made to the venue before it returned to the big stage.

Glendower was home to the Sunshine Tour’s three-round BMG Classic from 2009 to 2014. Merrick Bremner won the latest renewal by a shot with a 204 total.

The course has kikuyu fairways, lined with 64 bunkers, heavy rough and plenty of trees. There are water hazards on 11 holes and Glendower is known for being a track which demands accuracy.

The par-fives (the second, eighth, 13th and 15th) are not particularly long. Every par four and five is between 401 and 601 yards.

Glendower is in the Highveld portion of South Africa, 1,500 metres above sea level (where balls fly further), aiding shorter hitters, but heavy rainfall in recent weeks has softened the fairways.

The greens are small and slick. The set-up is similar to that used for the 2015 edition, when the track was made as tough as possible, so expect scoring to be worse than last year.

Story of last year Graeme Storm and Rory McIlroy battled for the title in a playoff, outsider Storm upsetting favourite McIlroy, who later revealed he was carrying a rib injury.

Weather forecast Hot and sunny with light breezes for the most part, with a thunderstorm threat over the first two days.

Type of player suited to challenge Glendower provides a stiff test, demanding accuracy but with plenty of yardage to cover along rain-softened soft fairways.

Small greens make good scrambling essential. Punters should be looking to support complete players as any weakness will be exposed on this terrain.