Fleetwood's back and ready to attack 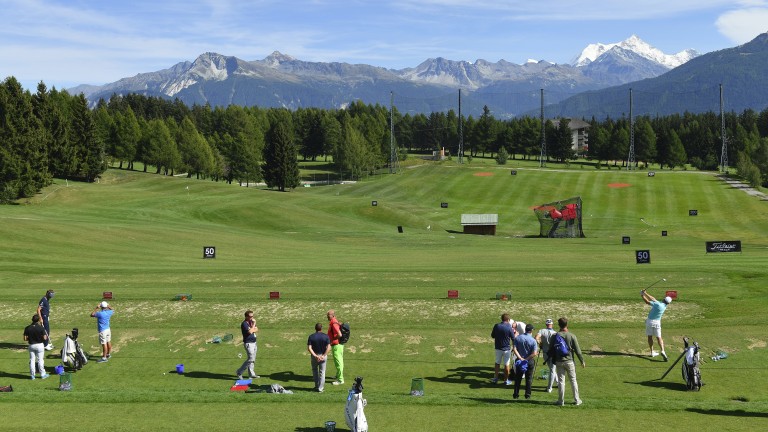 Players get some practice in at Crans-sur-Sierre
Stuart Franklin
1 of 1
By Joe Champion UPDATED 8:11PM, SEP 6 2017

First round starts 7.40am Thursday
Live on Sky Sports Golf from 10.30am

Tommy Fleetwood has not been seen since finishing down the field in the USPGA Championship last month but the Englishman could still be strong enough to outgun his first-round rivals in the European Masters.

Fleetwood has come of age this season, winning the Abu Dhabi Championships and the French Open on the way to posting six top-ten finishes in European Tour events.

It’s reasonable to expect the Southport swinger to be a bit rusty after a month off but only defending champion Alex Noren is shorter than him in the outright betting and if resuming in any sort of form he should be able to post a low score.

Fleetwood has previous form at picturesque Crans-sur-Sierre, having finished fifth on his debut in 2014. He is a better player now and his accurate iron play is perfectly suited to the Swiss alpine layout.

Fisher has also been absent from competitive golf since missing the cut at the USPGA and, despite also enjoying a strong campaign, has not been playing as well as Fleetwood. Willett, meanwhile, has struggled all year and he will surely need both of his compatriots to falter if he is to shoot the lowest round.

Ten minutes after that group tees off, it will be the turn of Alexander Levy, Kiradech Aphibarnrat and confident American ace Julian Suri, who opened his account with a victory in the Made In Denmark two weeks ago.

Suri is yet to miss the cut in seven European Tour tournaments this season, and has fired opening rounds of 66, 67 and 68 in his last three outings.

Levy is the favourite to get off to the fastest start but the flamboyant Frenchman is not the most reliable player on the circuit while Aphibarnrat has been struggling for form over the last few weeks.