Golden State will be happy to make good start against Cavs

LeBron James has a poor record in playoff final openers 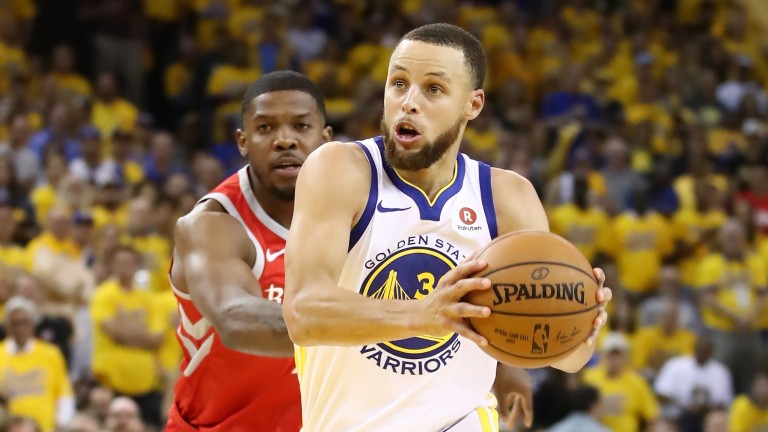 Well we got here eventually. All the signs before the season started pointed to yet another Cleveland-Golden State shootout for NBA glory and for the fourth year in a row, that’s what we’ve got.

It hasn’t been plain sailing – the Cavs finished fourth in the Eastern Conference and were taken to seven by Indiana and Boston, while Golden State had to come from 3-2 down to beat the number-one seed Rockets.

But it’s LeBron James versus Steph Curry once more with bookmakers convinced - and justifiably so - that Golden State, with home advantage, will get the job done. A 4-1 win for Steve Kerr’s men is a 6-4 shot.

James, appearing in an eighth straight finals, has carried the Cavs through the playoffs. He can just about do that against teams like Boston or Indiana but Golden State are a different beast.

The Warriors have so many more options. They reached this stage even without fireworks from Kevin Durant and if he turns on the taps as he did in last year’s finals, don’t bet against the sweep.

Game one takes place at the Oracle Arena where the Warriors would like to make a statement but will be happy enough with the win.

James has an atrocious 1-7 record in opening games in the finals but while he’s scoring well – averaging 34 points during the post-season – Cleveland can keep the scoreline respectable.

Betfair offer 2-1 that Golden State win by one to ten points inclusive - in two regular-season clashes this term Golden State won by seven and ten.

Total points have been set at around 214 and bear in mind the three previous openers between these two yielded 208, 193 and 204 points, the first of those even going to overtime.