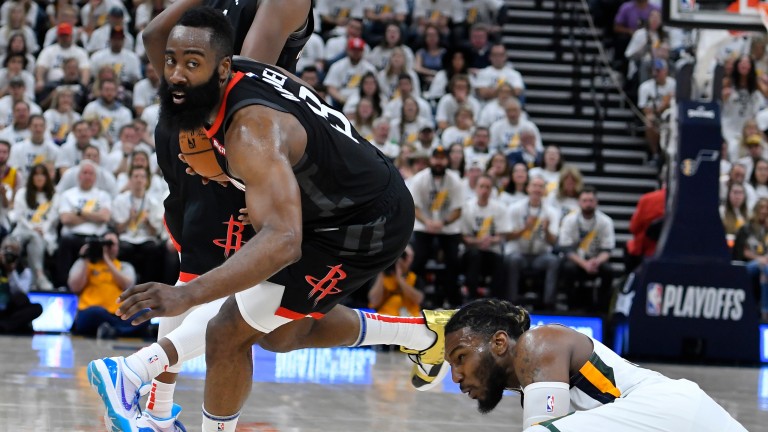 Houston are 2-0 down to the defending champs, simply have to get on the board on their home court, and star man James Harden’s eye looks a mess.

If there was one thing Houston could not have afforded to have going into Game Three against the Warriors it was an injury to the MVP – and that’s exactly what they have got.

There’s plenty of the prima donna in Harden but watching him being interviewed before Friday's practice, with his left eye bloodshot and his vision blurry, makes you wonder quite how ready he’ll be to get his Rockets back into their Western Conference semi-final.

There was precious little between these two juggernauts in California – Golden State got up by four and six points respectively – but that gap will look like the Grand Canyon if Harden is in any way inconvenienced.

No wonder punters are nibbling away at the Dubs, who had been widely available at 8-5 after sealing their 115-109 win on Thursday.

If Houston protect the ball better than they did in Oakland – and they absolutely must – then they can stay competitive. It’ll be niggly, that much is for certain, and maybe not as free-scoring as the layers think.