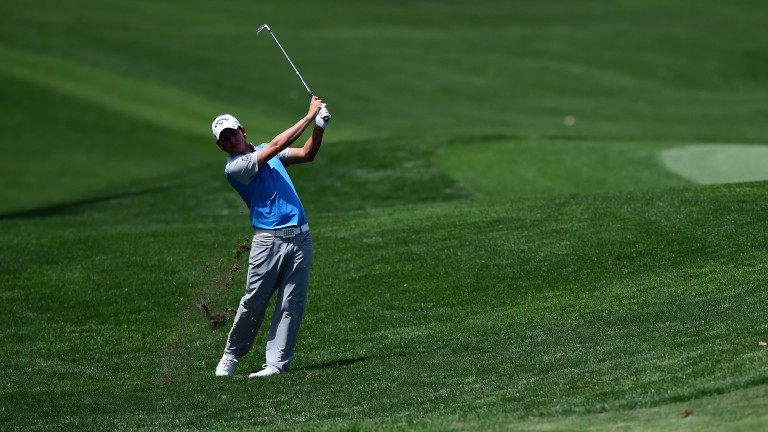 Emiliano Grillo plays an approach shot during round one of the Wells Fargo Championship
Jared C. Tilton
1 of 1
By Steve Palmer 7:57PM, MAY 10 2017

Emiliano Grillo has not made a fantastic start to the season, but the Argentinian ace must always be respected at venues which demand tee-to-green precision, and he looks a solid Players Championship option in the top South American market.

The sweet-swinging Grillo is blessed with great ball-striking ability, a gift which allowed him to finish in the top 20 in three of the four Majors last year. This week he tackles the so-called 'Fifth Major' on a course which plays to his strengths to an even greater degree, and odds-against quotes about him defeating his two South American rivals look generous.

Grillo missed the cut on his Sawgrass debut last year, but this is a tough layout to get to grips with quickly. With some course knowledge in his locker, expect better this time, and for the less talented South American duo of Jhonattan Vegas and Fabian Gomez to be left behind.

The other 'tops' option which appeals is Russell Knox in the two-runner battle for Scottish honours. Knox went to Jacksonville University and lives in Jacksonville, so he knows Sawgrass intimately. That course knowledge helped him contend last year until he took nine shots at the notorious par-three 17th hole in round three.

Knox is well suited to the demands of Sawgrass and 11th place in the Heritage in his last individual outing was a timely return to form. Laird has missed the Players cut the last two years.

Danny Willett has been making headlines for all the wrong reasons lately and last year's Masters champion could be in for further woe this week. There seems to be plenty of juice in the 4-6 about the Englishman missing the cut.

Willett's latest drama has been a parting of the ways with long-time caddie Jonathan Smart. They had been friends since the age of 13 when both played for the Yorkshire Boys team and have worked together since 2010. A bust-up at the Heritage last time out, though, saw Smart pack his suitcase after round one and head home.

Willett will have a new bagman alongside him at Sawgrass. Sam Haywood, best man at Willett's wedding, has got the gig. This new partnership faces a baptism of fire at a course which demands sounds strategy. Willett has missed the cut in both his previous two visits to Sawgrass, and another weekend off seems likely given his miserable form this year.