Goffin can take final into decider by downing Tsonga

Darcis unlikely to beat Pouille but there is hope for Belgium 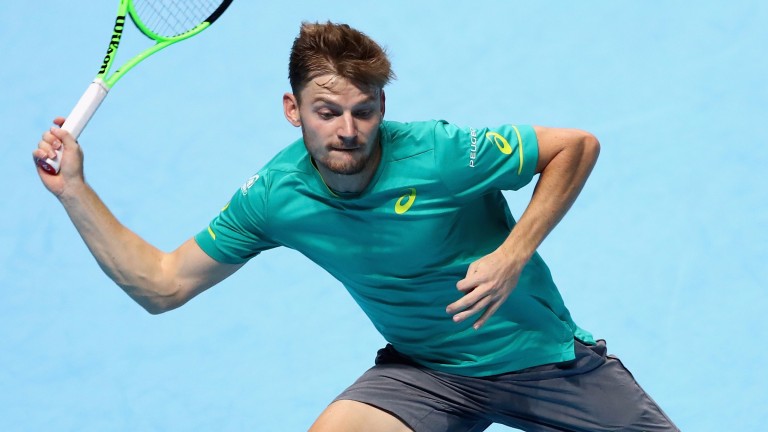 France surged into pole position in the Davis Cup World Group final with a commanding performance from their doubles stars Richard Gasquet and Pierre-Hugues Herbert, but the tie is a long way from over and it's still all to play for on the concluding day.

David Goffin is charged with restoring parity in his clash with Jo-Wilfried Tsonga and the Belgian is such a fighter, and is developing into such a fine performer, that it may not take long before he has his French opponent on the ropes.

Tsonga made light work of Steve Darcis on day one, but this is different. The seasoned Frenchman can still be a fine and dependable performer on his day - and he is obviously not without a chance of nailing the tie. But Goffin is becoming a master at pulling out wins when they're needed and he can at least give Darcis the chance to upset Lucas Pouille in the fifth rubber.

Darcis was outplayed by Tsonga, but Belgium may be better off chancing the veteran again rather than fielding Ruben Bemelmans. World number 118 Bemelmans can be inspirational himself on his day, but Pouille is so good that it would probably need Darcis to summon the type of performance that saw him defeat Rafael Nadal at Wimbledon in 2013.

That's a possibility, and for that reason anyone thinking of backing Belgium to turn the final on its head is not deterred. But it's also unlikely to happen, simply for the reason that Pouille is a seriously good operator in his own right.

Mumbai Open top seed Aryna Sabalenka, recommended to win the title by Racing Post's Aaron Ashley before play started in the Indian event, is difficult to oppose in her final clash with Dalila Jakupovic.