Goals may continue to be in short supply at the Lane 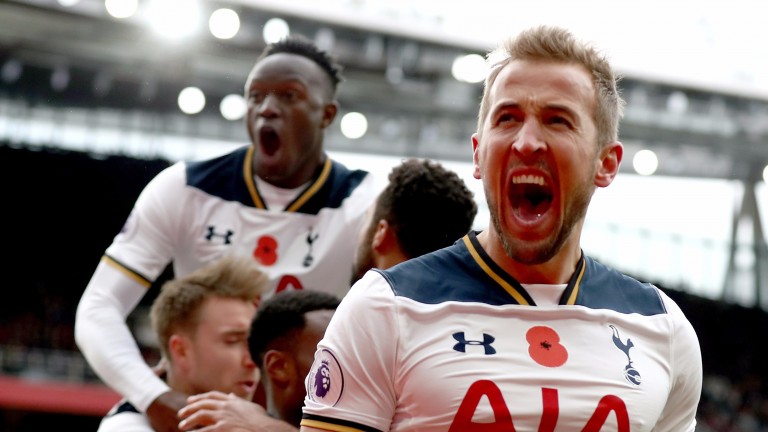 Goals – or a lack of them – are the hot topic at White Hart Lane and could be a key factor in having a bet on Tottenham’s derby duel with West Ham.

Spurs are proud owners of the best defensive record in the Premier League, but the goals have started to dry up for them at the other end.

Finding the net is also proving to be a major headache for Slaven Bilic’s West Ham who have bagged only 11 in their 11 league games and have been playing much of the season without a centre-forward of any note.

The upshot is that under 2.5 goals at 5-4 with Betfair looks the bet to be had in this evening’s capital affair.

Tottenham are propping up the over/under table with 1.9 goals per game. Nine of their 11 matches so far have produced two goals or fewer.

Christian Eriksen, the attacking midfielder who got off to a flyer last season, has yet to find the net, Harry Kane is still finding his feet after injury and it appears that Dele Alli, scorer of three and hugely influential off the front men, is still a major doubt.

Team news
Tottenham
Moussa Sissoko is available after a three-match ban but Toby Alderweireld, Erik Lamela and Ben Davies are injured. Dele Alli (knee) is a major doubt while Harry Kane and Christian Eriksen are available.

West Ham
Andy Carroll, Arthur Masuaku and Gokhan Tore return to training next week. Winston Reid and Diafra Sakho are back in the squad but Mark Noble is suspended and Sam Byram remains sidelined.

They are the only unbeaten side in the top division but Spurs are without a win in seven matches in all competitions, have drawn their last four in the league and have not scored from open play in their last three.

As for West Ham, they have scored just four in their last six and were toothless in the 1-1 draw against Stoke which preceded the international break.

One or both teams not to score at 21-20 is worth consideration and probably more enticing than Mauricio Pochettino’s men to win at 8-15. That’s far too short for a team who are struggling to convert chances.

West Ham returned from the previous international break with a very competent 1-0 win at Crystal Palace, albeit grateful to Christian Benteke for producing one of the worst penalty kicks of the season.

They subsequently pipped Sunderland in the league and Chelsea in the League Cup but everything still looks a struggle and they know they’ll have to soak up loads of pressure at the Lane.

Last season they thrived on doing that – remember the smash-and-grab wins at Arsenal, Liverpool and Manchester City – but they are blunter, less confident force this term.

You can have 13-2 the visitors though 8-5 the Hammers-draw double chance is arguably a smarter move if you agree there won’t be many goals.