Goals may be in short supply with stakes high 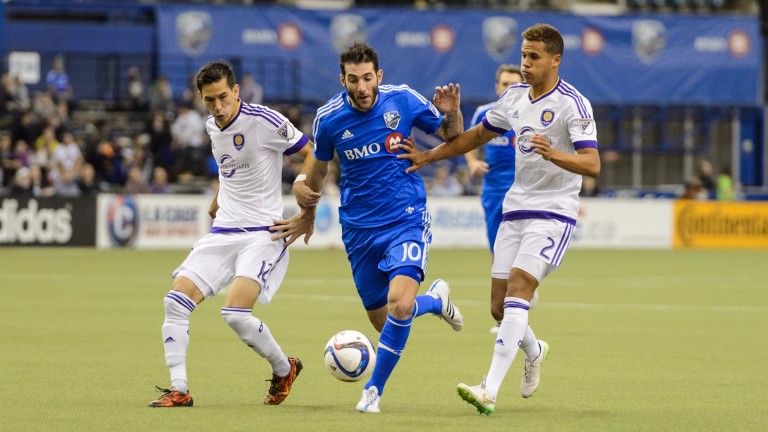 It's playoff time in the MLS and two of the league’s fiercest rivals, Montreal and Toronto, do battle in the first leg of the Eastern Conference final.

The Canadian outfits have had tremendous seasons and both appear to be peaking at the right time. Montreal are on a three-game winning run while Toronto have won their last four.

The Impact dispatched DC United with ease in their first playoff outing before an impressive victory over New York Red Bulls in the semi-finals where they were inspired by Argentinian maestro Ignacio Piatti, who embarrassed the Red Bulls defence in the second leg.

Piatti has scored 20 goals this term and if he is on song, Toronto may find it hard to gain a first-leg advantage.

Toronto’s form tailed off after they secured a playoff spot but they have recaptured their early season form in recent weeks, thrashing Philadelphia Union and New York City to reach the Conference finale.

In fact, those triumphs were the club’s inaugural playoff wins and they should be brimming with confidence. In Sebastian Giovinco – who has notched 21 goals this term – Toronto arguably possess the best player in the MLS while Jozy Altidore has played a key role in the playoffs, scoring in each game.

The atmosphere at the Olympic Stadium for tonight’s first leg will be raucous.

This is the first time either club have reached this stage and the occasion could get to the players early on.

With so much at stake it may turn out to be a cautious match so even though both sides’ instinct it to attack, it may be wise to expect a low-scoring encounter.

In the Western Conference final (3am), Seattle can get past Colorado’s mean defence and seize the initiative.

The Sounders have been on a roll after a bad start this term and their win over Dallas in the last round was a real statement of intent.

Rookie of the year Jordan Morris and Nicolas Lodeiro have been magnificent and will be pivotal for the home side’s chances.

Colorado will be without goalkeeper Tim Howard after he suffered a season-ending thigh injury on international duty.