Both Barcelona and Sevilla have struggled at the back 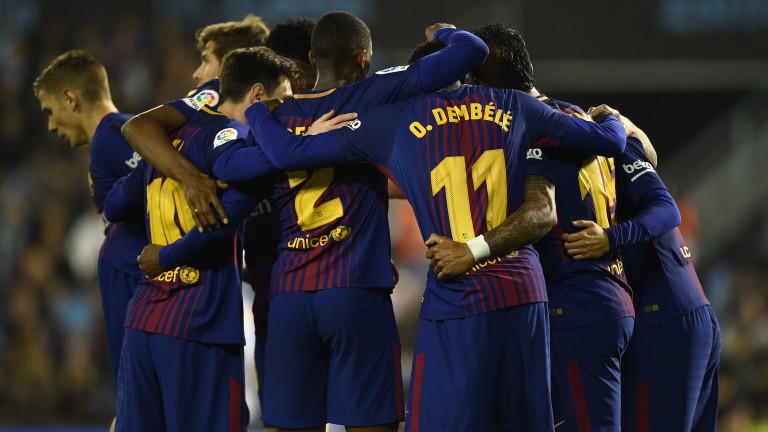 There have been at least three goals in the last 12 La Liga showdowns between Barcelona and Sevilla – and in 11 of those both teams have been scored.

Silverware is on the line when these two rivals clash in the Copa del Rey final in Madrid, but no matter how exceptional the stakes it’s surely still safe to expect goals.

Sevilla don’t look good enough at the back to be able to keep out Lionel Messi and pals and it’s questionable if Barca’s back line can hold up, either.

Ernesto Valverde’s men have conceded in each of their last six matches, ten goals in total, a sequence which began with a 2-2 draw at the Ramon Sanchez Pizjuan in a league game.

Sevilla are without a win in seven and have leaked at least two goals in six of their last ten matches. They are seventh in the table despite a minus 11 goal difference.

Messi, who has scored in four Copa del Rey finals, will lead Barca’s line alongside Luis Suarez, who is extra motivated after missing out 12 months ago through a ban.

Valverde was able to rest many of his stars during Tuesday’s 2-2 draw at Celta Vigo so the likes of Andres Iniesta, Sergio Busquets and Samuel Umtiti will be fresh.

This is a huge game for Vincenzo Montella’s men for whom this may be their route back into Europe after their recent slump.