Goals are expected in a close-looking Rio derby rumble

Maracana match should be lively 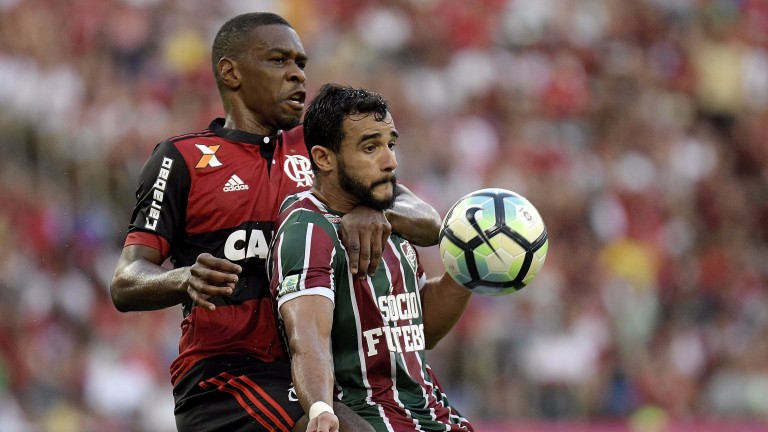 The Fla-Flu derby finished 2-2 when the teams met in June and there should be more goals on the cards at the Maracana on Thursday.

Inhibitions tend to go out of the window when these Rio de Janeiro rivals lock horns and both have grounds for wanting to be on the front foot.

Flamengo have lost their way in the last few weeks, losing the Copa do Brasil final and going down 1-0 at Ponte Preta. That leaves them in seventh, outside the Copa Liber­ta­dores berths, so they have it all to play for.

Fluminense have plunged towards the relegation zone due to a run of one win in eight games and Abel Braga's free-scoring side have gone into their shell. The word is the shackles will come off on this occasion.

To add extra spice, this fixture is a dress rehearsal for a Fla-Flu Copa Sudamericana quarter-final double-header at the end of October.

Thursday's clash is about league points, however, and Flamengo will be weaker for the absence of Peru internationals Miguel Trauco and top scorer Paulo Guerrero.

Boss Reinaldo Rueda, in charge of his first tussle with Fluminense after taking the reins last month, expects both men to have returned from Lima, where they played for Peru against Colombia on Tuesday.

But each played a full 90 minutes and they are unlikely to be involved. Gustavo Cuellar, an unused sub for Colombia in the same fixture, may feature. Key midfielder Diego is also an injury concern.

Fluminense's decline coincided with Richarlison's departure to Watford two months ago, but they still look too good to go down.