New England remain vulnerable at the back 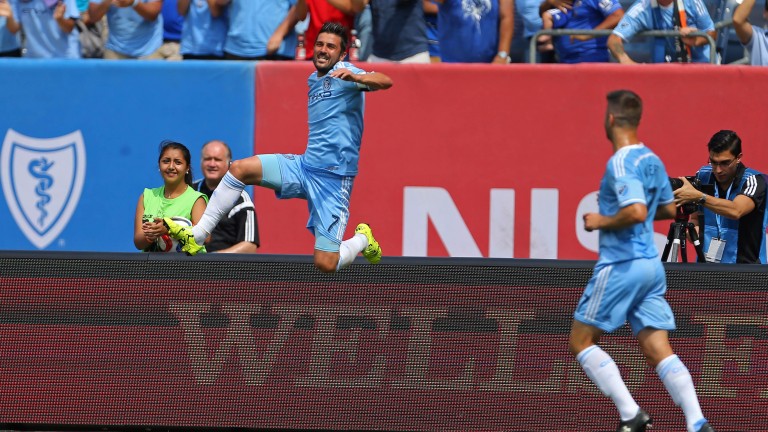 New England are out to avoid setting a new franchise-record winless streak away from home, but they look likely to suffer more disappointment on this trip to New York City.

Yankee Stadium has become something of a fortress, with City having lost just once at home all season. By contrast, Revolution have gone 13 road games without a win, losing ten of them.

Unsurprisingly City, second in the MLS standings, are odds-on to triumph over New England, who are second-bottom in the Eastern Conference.

However, a couple of factors temper enthusiasm. The Revs have won three of their last four matches having strengthened their squad during the summer transfer window.

They came away with a 2-2 draw on their last visit to the Big Apple, and the hosts must do without suspended pair Alexander Ring and Ethan White.

Perhaps a better bet would be for David Villa to open the scoring. The 35-year-old Spaniard has been in sizzling form for City, hitting the net in six of his team's last seven matches.

That includes scoring all three goals in a 3-2 win at home to city rivals Red Bulls two weeks ago.

The new additions to the Revolution squad have led coach Jay Heaps to consider a 3-5-2 formation - occasionally employed when the Revs are looking for a late goal - but that could leave them open at the back and Villa could fill his boots.