Improving Steve deserves to be favourite 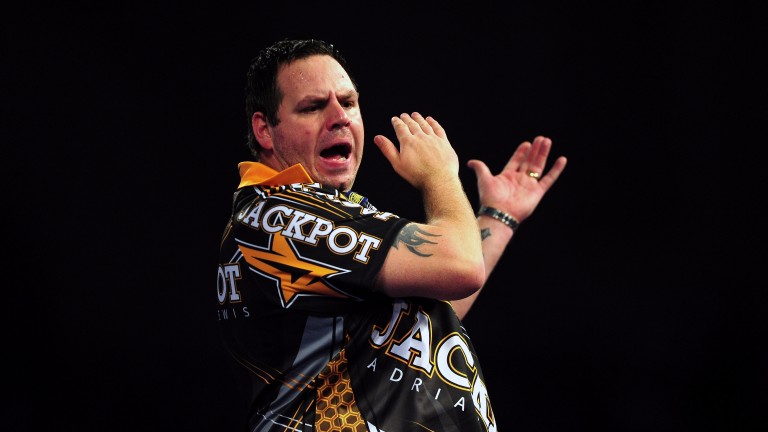 Lewis, who saw big rivals Gary Anderson, Peter Wright and Michael van Gerwen breeze into round two without dropping a set, is a best price 8-13 to whitewash the Swede.

The 2-0 win to one-time Aussie bad boy Corey Cadby in this preliminary round tussle is a 2-5 chance and looks the best option for big-hitters.

Cadby, who’s given himself the somewhat premature nickname of The King, is the reigning world youth champion and beat Phil Taylor in the Perth Masters in August.

The youngster should be far too strong for Chinese qualifier Qiang Sun, who averaged a shocking 64 in a preliminary round defeat to Mick McGowan last year.

Cadby will also give 28th seed Joe Cullen a decent test in round one at the end of the session, assuming he gets through the opener.

Steve West’s five visits to the Lakeside World Championships yielded five first-round defeats but he can break his duck when he shackles Mervyn King at the Palace.

West, on all form, should be favourite here. The fact he’s 11-10 says much for his record in Frimley Green and King’s experience.

But former Lakeside runner-up King hasn’t had a particularly good year whereas West’s has got better and better.

The Essex boy averaged 110 in a battering of brother Tony in Germany where he reached the quarter-finals, made a Pro Tour final and, best of all, beat Phil Taylor in the first round of the Grand Prix.

The usual ‘ifs’ apply when Adrian Lewis wanders on stage to take on the lugubrious Swede, Magnus Caris.

A Jackpot on song will batter anyone, but Caris is more than capable of making life difficult for the double world champ if there are any signs of complacency.

Caris has beaten Lewis twice but only on the floor where the Englishman rarely shines.

There’s precious little value to be had with the favourite – the Lewis/most 180s/high checkout treble is best at 2-5 – so take a chance on a high checkout.

Nine of the first 13 completed first-round games produced high outshots above 120 and this contest can do likewise.