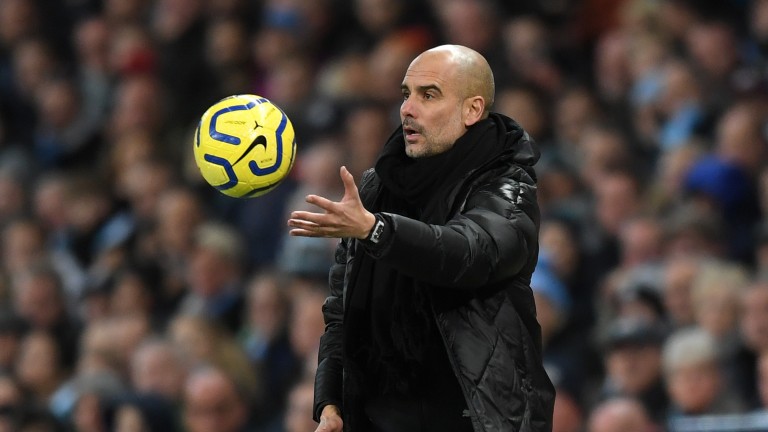 When my sister was 15 she was in love with David Soul. She played one of his records over and over. The refrain went: “Don’t give up on us, I know we can still come through”.

I gave up on Manchester City this season. After they lost 5-2 at home to Leicester. I like to watch football that is pleasing on the eye. And I had been thrilled by City when they won the Premier League two seasons in a row. I stuck with them throughout last season even though in game after game they kept the ball for ages then gave away stupid goals on the counter-attack.

When they were thrashed in the second game of this season it was the final straw for me. They’re gone, I said to myself. And for a while it seemed as though they were. They won only two of their next six Premier League games. I had stopped being surprised when they let in daft goals. Never mind surprised – I was not even disappointed when they conceded two and lost at Tottenham.

Since then they are unbeaten in 11 Premier League games, winning nine of them and conceding only twice.

I will not give up on Liverpool. They are less balletic, more like headbangers, but headbanging can be fun too. Liverpool had gone five Premier League games without a win, and four without scoring, before they played last night at Tottenham.

What is the opposite of giving up on somebody? Taking them for granted, perhaps.

I confess that I had taken Liverpool for granted. I wanted them to win the Premier League this season for non-aesthetic reasons. Just before Christmas they came good at home to Tottenham with a last-minute goal then scored seven without conceding at Crystal Palace. That’s it, I told myself.

Liverpool were reigning champions. They were top of the league again. I thought they had done well to get there with so many injuries. And now, I felt sure, they would kick clear leaving everybody else trailing in their wake. It was done and dusted, I thought. It wasn’t.

I am ashamed to say they are far from the only ones I have taken for granted.

Many years ago I was driving home at five o’clock on a Saturday listening to the football results on the radio. West Bromwich had won. “Why are you smiling?” asked the person in the passenger seat. I explained proudly that I had tipped a buy of West Bromwich points in the Racing Post. They had just come up to the Premier League. And now they had nine points from six games. They needed only another 24 points from the remaining 32 games to break through the spread.

I enjoyed that night. I did not enjoy many more. From those remaining 32 games West Bromwich picked up a mere 17 points.

Even earlier in my Racing Post career I took somebody else for granted. Juventus had drawn 1-1 away to Manchester United in a 1999 Champions League semi-final first leg. For the second leg I tipped a buy of Juventus supremacy. They were two up in 11 minutes. I stretched out on the sofa. Now, I thought, I can relax and watch the rest of the match congratulating myself on how clever I am. Then United scored three goals.

There is another failure seared in my memory even though I can no longer remember who was playing. I tipped somebody to beat somebody else. They didn’t. A trader with one of the bookmakers wrote to me kindly saying they had also thought it was a good bet. I thanked them saying my main concern beforehand had been that this might be what I call a tops-and-tails bet.

Probably the best thing to do, though, is to try to keep some faith when you feel you should give up all hope, and to try to retain some doubt when otherwise you could invest all of your trust. Do not take anything completely for granted. And do not give up on anything completely.