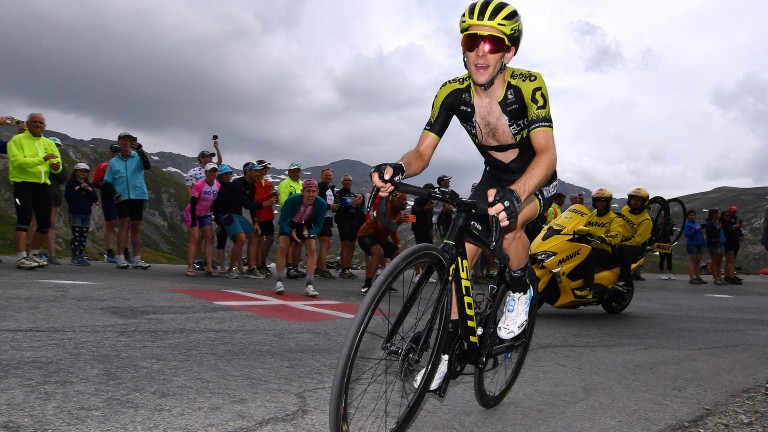 Simon Yates has unfinished business in Italy
Justin Setterfield
1 of 1
By Matthew Ireland 3:55PM, MAY 7 2021

To the casual cycling observer, the Tour de France can seem like an all-consuming behemoth that dominates the year.

But for the purists, few races compare with the Giro d'Italia when it comes to drama, beauty and nostalgia.

Britain's Tao Geoghegan Hart was a surprise winner of an enthralling 2020 edition despite only moving into the leader's Maglia Rosa after the final stage.

For the top three in this year's fight for pink, redemption and resurrection are at the heart of their challenge.

Favourite Simon Yates has unfinished business having led for 13 stages in 2018 before cracking, while 2019 Tour winner Egan Bernal has a point to prove after a disappointing defence of the yellow jersey last year.

Next in the betting comes Remco Evenepoel. The Belgian's talent is not in question but taking 9-2 about someone who has not raced since sustaining serious injuries in a crash at the Giro Lombardia in August nor has ever contested a three-week Grand Tour is a risky proposition. History is also against Evenepoel as no debutant has won a Grand Tour since Bernard Hinault at the Vuelta in 1978.

As for Bernal, question marks remain over the severity of a back injury which curtailed his Tour defence and which he admitted only this week still troubles him at times.

By far the safest option of the favoured trio is therefore Yates, who looked imperious in the recent Tour of the Alps, winning the general classification by almost a minute.

The lack of serious time-trialling kilometres is a definite bonus for the man from Bury and he showed at the 2018 Vuelta, in which he sauntered to victory, he had learned that a more measured approach is vital to see out the three weeks of a Grand Tour.

A positive Covid-19 test curtailed his participation in last year's Giro and he perhaps put too much pressure on himself to right the wrongs of 2018 a year earlier, but he is in sparkling form and has a Bike Exchange team around fully focused on his cause.

Stage one is an 8.6km time-trial around the streets of Turin in which TT world champion Filippo Ganna is a short-priced favourite to add to the four stages he won at last year's race.

However, home hope Ganna has not been at his imperious best against the clock recently and France's Remi Cavagna could have his measure.

Nicknamed 'The TGV' after France's high-speed trainline, Cavagna won the TT at last week's Tour of Romandy, was second to Rohan Dennis against the clock in the Volta Catalunya and was beaten by less than one second in his other TT effort at Paris-Nice.