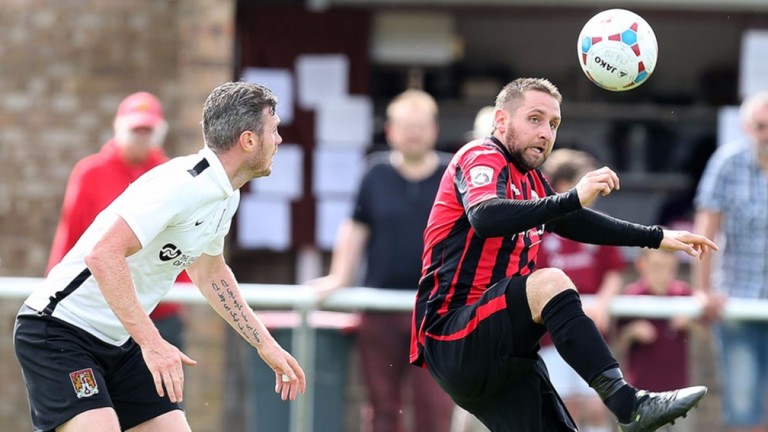 Justin Edinburgh reckons Gillingham may have turned the corner after back-to-back wins and the novelty of a clean sheet, but Brackley look the value to deliver an FA Cup double tonight.

Three years ago the non-league side drew at Priestfield in the first round before completing the job on home soil and they are halfway towards repeating the feat.

Far from disgraced in the first game in Kent, Brackley went 2-0 up before being pegged back by a Frank Nouble double, but the anticipated second-half storm from the Sky Bet League One club never materialised.

Of course the National League North outfit have a few league places to find on their guests, but there was precious little evidence of such a gulf in the first encounter.

Brackley, ninth in their division and with games in hand, are unbeaten in 11, scoring goals for fun and full of confidence, especially after their weekend win at Boston.

They have suffered just two home defeats since February and have scored a grand total of 36 goals during that 11-game unbeaten run.
And we know that Gillingham do not defend well.

Loanee Bailly Cargill from Bournemouth has been added to the mix to bring some class to the defence and they did manage to shut out a West Brom kid’s 11 in the EFL Trophy. They followed that up on Saturday with a 2-1 win against Northampton.

But they boast the worst defensive record in Sky Bet League One, have kept only one clean sheet in 24 this term and are without a win in six FA Cup ties. Brackley have already shown that, no matter what the level of opponent, Gillingham are an accident waiting to happen at the back and that could cost them dear this evening.