Gillingham, Cambridge, Forest Green and Luton are all worth a second look 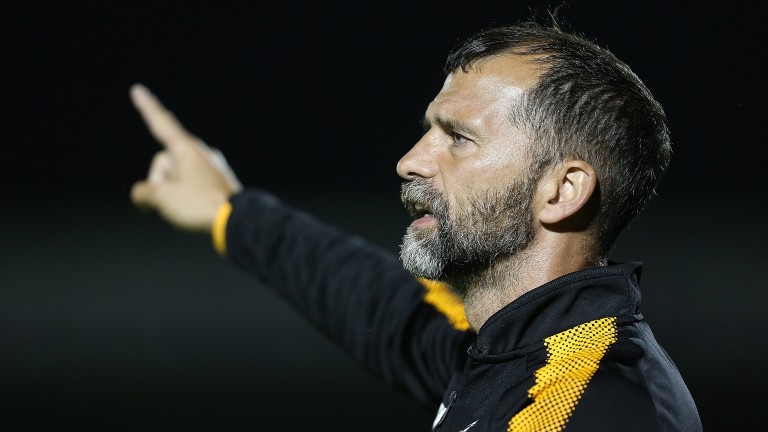 Gillingham v Plymouth 5.30pm
Plymouth hopes of reaching the Sky Bet League One playoffs were left hanging by a thread after a 2-0 loss at Scunthorpe on Tuesday and further disappointment is in store for them at Gillingham on the last day of the regular season.

Gillingham are assured of a low to mid-table finish – anywhere between 15th and 19th is possible – but they will be keen to give their fans a winning send-off to atone for a recent dip in results.

Steve Lovell's side went in to March with an outside chance of pushing towards the top six but they have failed to win in their last nine games and were still in relegation danger until last Saturday's 1-1 draw at Bristol Rovers.

However, staying up was no mean feat, bearing in mind Gills were second-bottom when Lovell was appointed manager, initially on a caretaker basis, in October.

One bone of contention among the home fans has been poor results at the Priestfield Stadium, where Gillingham have won four, drawn 11 and lost seven of their home league games.

But Gills have a great chance of a win against a Plymouth team demoralised by their fading playoff challenge and ravaged by injuries.

Plymouth must try to win by a wide margin as they attempt to overhaul sixth-placed Charlton.

The Addicks head to Rochdale three points better off than Argyle and with a goal difference of plus eight, which is six superior.

However, Derek Adams' side have collected just two points from their last five road trips and their season may end with a whimper.

There has been a steady improvement under Dunne, who has presided over six wins, four draws and four defeats.

Four of those victories have come at home and Cambridge look attractive odds-against favourites to topple Vale, who have narrowly avoided a second successive relegation.

Their Football League place was retained two games before the end of the season but Vale's 47-point tally is two fewer than the mark which saw them relegated from Sky Bet League One last term.

Valiants' manager Neil Aspin admits that changes are needed to turn the club around. However, the squad is desperately short of quality and lacking confidence after winning just two of the last 20 games.

Forest Green v Grimsby
Forest Green's home results have kept them in Sky Bet League Two and they can sign off the campaign with a victory over fellow strugglers Grimsby.

Ten of Rovers' 13 league wins have come at their Nailsworth base and seven of those have come since the turn of the year.

Mark Cooper's side have improved since a January recruitment drive and their points tally of 27 from 21 games this year is almost double the 14 points in 20 games picked up by Grimsby in the same period.

Grimsby have reacted well to the threat of relegation and last Saturday's 2-1 success at home to Notts County,their third win in four games, was enough to secure survival.

However, the Mariners may take their foot off the gas for the last match of the season and could be vulnerable against a Rovers' side boasting the highest number of home wins among the bottom 11 clubs.

Notts County v Luton
Luton haven't quite been consistent enough to pip Accrington to the Sky Bet League Two title but they have had a fantastic season and can reach 90 points by beating playoff-bound Notts County at Meadow Lane.

The Bedfordshire side were promoted with two games to spare but there was not let-up from them at Kenilworth Road last Saturday as they won 3-1 at home to Forest Green.

They will be backed by a large away support and can sign off in style against a County side, who will have one eye on the playoffs.