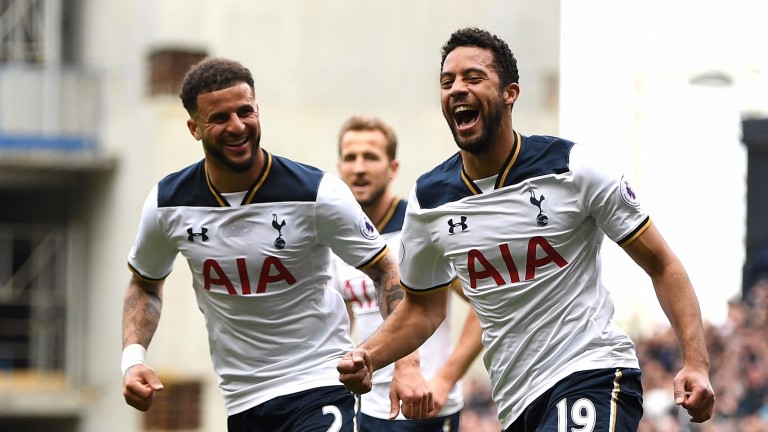 It's been all smiles for Tottenham at White Hart Lane this season
Shaun Botterill
1 of 1
By Aaron Ashley 9:14AM, MAY 14 2017

Tottenham’s dominance at White Hart Lane has guaranteed them Champions League football next term and they can cement their credentials as one of the country’s leading forces by silencing Manchester United.

The hosts are set to end the season without a trophy, but that doesn’t tell the full story of what has been a tremendous campaign for a Spurs side who have lost to only West Ham and Liverpool in their last 20 league outings.

Mauricio Pochettino’s men have been a breath of fresh air with their mix of youth and experience making them a difficult outfit for any opponent to overcome.

Spurs have yet to lose a single league game at White Hart Lane this season, winning 16 of their 18 matches in front of their own supporters. Defeats of Chelsea, bitter rivals Arsenal and in-form Manchester City highlight the size of the task facing Jose Mourinho’s under-strength visitors.

Mourinho has confirmed that his focus is on winning this term’s Europa League – a prize that grants both silverware and Champions League access for the 2017-18 season.

The Portuguese made several changes to his starting XI for the trip to Arsenal last weekend and a depleted United side, significantly weakened by the long-term injury to Zlatan Ibrahimovic, could once again struggle in north London.

United have generally been solid on the road this term but this may be their toughest away test of the entire campaign.

Tottenham boast the best defensive record in the country, conceding just 23 goals this season, and they can keep another clean sheet as they give the Lane a fitting send-off.

Aaron Ashley writes for the Racing & Football Outlook, out every Tuesday. Bet on this match at Soccerway.com