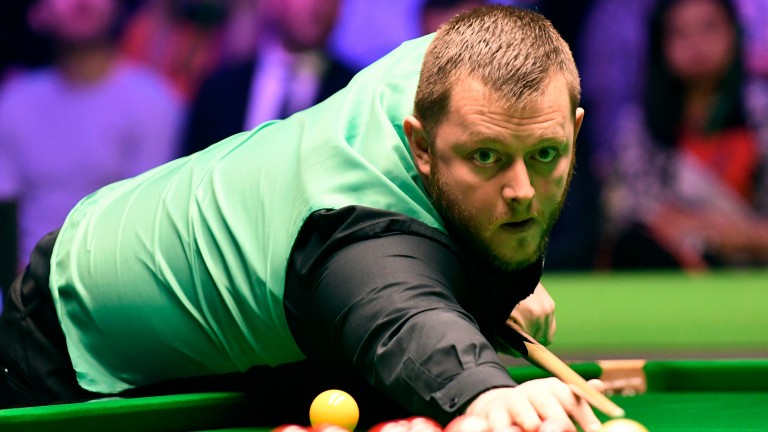 Snooker tips, best bets and analysis for the Gibraltar Open at the Marshall Arena in Milton Keynes.

Eurosport, 9am on Monday

For a player of his immense ability, former Masters champion Mark Allen has largely underachieved in his career. But the Northern Irishman may be ready to return to the winner's enclosure this week in the Gibraltar Open.

As has been the case for almost every event this season, the Marshall Arena in Milton Keynes is the setting for the action on the baize with another quick turnaround taking place fresh from the Players Championship final on Sunday night between John Higgins and Ronnie O'Sullivan.

Allen was a sensational winner of the Champion Of Champions event back in November, illustrating exactly what he is capable of. He beat three of the very best on his way to the title; O'Sullivan in his quarter-final, world number one Judd Trump in the semis and then defending champion Neil Robertson in the final.

But, in a stark reflection of his career to date, the Pistol, who recently turned 35, has achieved very little else this season and went the entire 2019-20 campaign trophyless.

The 2018 Masters winner and twice UK Championship finalist didn't qualify for last week's Players Championship and will be fresh coming into this week.

Currently ranked number ten in the world, Allen is undoubtedly one of the best players on the planet when he is at his best and he is the beneficiary of a kind draw this week. Allen is expected to navigate his way through the opening rounds with minimum fuss.

Welsh duo Mark Williams and Jamie Jones could potentially clash in the third round for a place in the quarters, with the latter a player for punters to keep an eye on in the coming months.

Jones was given a 12-month ban for failing to report a corrupt approach regarding match-fixing in 2019, but he is back on tour and has performed well since his return last year.

The 32-year-old reached the semi-finals of the Scottish Open two months ago, where he lost out to eventual winner Mark Selby.

At a huge price, Jones is worthy of a small each-way play and is fancied to go deep if he can negotiate the early rounds.