Giants set for another season of struggle 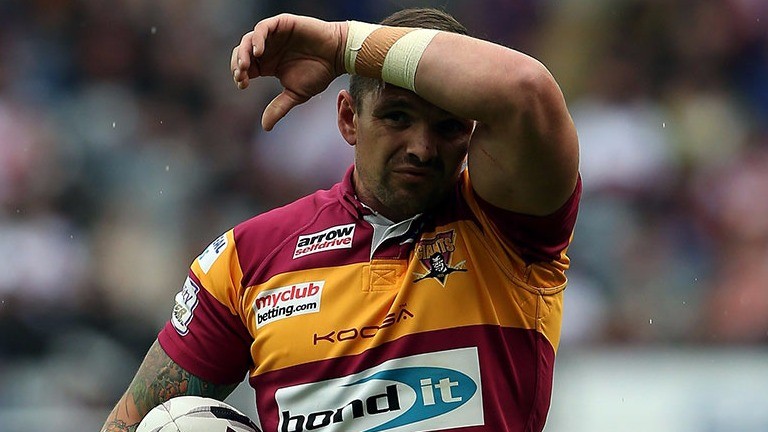 Leigh make their long-awaited return to Super League for the first time since 2005 and it will be a huge surprise if the Centurions don’t improve on their dismal effort of 12 years ago when they won just two games.

The priority for Neil Jukes and his team is to secure a top-eight spot after the first phase of the season and Sky Bet offer a standout 5-2 about them doing so.

That looks a decent bet considering that last season, Leigh won three of their four games against Super League opponents in the Qualifiers and have strengthened their squad significantly in the off-season by bringing in the likes of Glenn Stewart, Eloi Pelissier and Ryan Hampshire.

The Centurions certainly look stronger than Huddersfield and Widnes, who could be in for a season of struggle.

The Giants finished rock-bottom last term and look overpriced at 11-2 to pick up the wooden spoon again. The 5-4 against Rick Stone’s men finishing in the bottom four also looks like an outstanding wager.

Huddersfield’s recruitment policy has centred on picking up players from Championship club Bradford after the Bulls were liquidated.

Talismanic playmaker Danny Brough missed six games last season and the Giants can ill afford their main man to be sidelined for a prolonged period again.

Widnes may have boosted their bank balance by selling playmaker Kevin Brown to neighbours Warrington but the Vikings certainly haven’t boosted their hopes of repeating last season’s top-eight finish.

Dennis Betts’s side lost all six of the league games they played without Brown last season and a long season may lie in wait. They’re 3-1 to finish bottom of the pile.

Wakefield were wooden-spoon favourites a year ago but defied all expectations by finishing in the top eight – landing odds of 8-1 in the process.

Trinity are just 2-1 to repeat the feat but despite the ambitious signing of Australian half-back Sam Williams that looks a very short price.

So does the 13-8 about Salford rising out of the bottom four.
The Red Devils would have finished eighth last year had they not been docked six points for a breach of salary cap rules.

They then had to produce a sporting miracle to defeat Hull KR in the Million Pound Game, scoring twice in the last two minutes to force extra-time during which Gareth O’Brien’s monstrous drop-goal secured survival.

Director of rugby Tim Sheens has joined Hull KR and the Red Devils seem more likely to need another Houdini act than to be challenging for honours at the top of the table.

Thumbs up for 16-1 gladiator Hill

Castleford's Denny Solomona landed a 25-1 touch for Racing Post Sport when topping the 2016 tryscoring charts and there’s no doubt that the acrobatic winger would have started as favourite to retain his crown had he not walked out to join Sale Sharks.

Wigan’s Joe Burgess heads the betting at 8-1 after returning from a spell with the Rabbitohs in the NRL having notched 45 tries in 52 games during his first spell at the DW Stadium.

However, there may be better value further down the list beginning with the man who finished second to Solomona last term, Corey Thompson.

The Widnes winger bagged 27 touchdowns last season, seven clear of third-placed Josh Charnley, and looks worth an interest at a whopping 25-1.

By contrast, Warrington’s Tom Lineham didn’t have the prolific season many pundits expected after his high-profile move from Hull.
However, despite losing his way Lineham still notched 15 tries in 21 league games and at 20-1 he may have been underestimated by the layers.

It may pay to stick with the Wolves for a couple of punts in the Man of Steel market by backing Ben Currie and Chris Hill.

Currie was in the frame last year until his season was curtailed by a knee injury. The talented 22-year-old is due back in April.

16-1 Hill is the epitome of a rugby league gladiator. Shortlisted for the award three years ago, he hasn’t missed any of Warrington’s last 83 matches.

With Castleford expected to have a strong season, Tigers talisman Luke Gale completes the portfolio at 20-1.