Giants ready to show their credentials

Beckham can star for New York 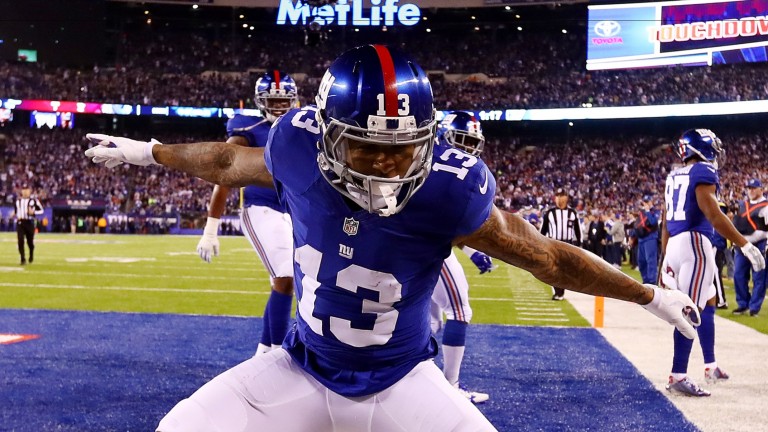 Dallas have grabbed all the headlines with their 11-game winning streak but the progress their NFC East rivals the New York Giants have been making has slipped under the radar.

They are the only team to have seen off the rampant Cowboys and eight wins from their 11 matches should be a strong enough foundation for a memorable season.

Ben McAdoo’s side have won their last six matches and while the optimism can be tempered by the fact that the teams in that run have amassed just 20 victories between them, they head to Pittsburgh full of confidence.

The Steelers have recovered from a four-match losing streak, during which quarterback Ben Roethlisberger suffered a knee injury, by winning their last two matches.

But it would be easy to get carried away by comfortable victories over winless Cleveland and Indianapolis, who were without concussed quarterback Andrew Luck.

They do have one of the most fearsome offences in the league, with wide receiver Antonio Brown having scored ten touchdowns this season and chalked up more receptions that any other receiver.

But running back Le’Veon Bell may not enjoy such a fruitful match as he did against the Browns and the Colts.

And, on the other side of the ball, they will have to deal with Odell Beckham, who has scored seven touchdowns during the Giants’ winning streak, and rookie Sterling Shepard, who continues to be an excellent outlet for Eli Manning.

Expect the Giants to at least stay in touch.

Team news
New York Giants The Giants will be without safety Nat Berhe and linebacker Mark Herzlich (both concussion), and defensive end Owa Odighizuwa and guard Justin Pugh (both knee).