Giants in an ideal spot to make push for the playoffs 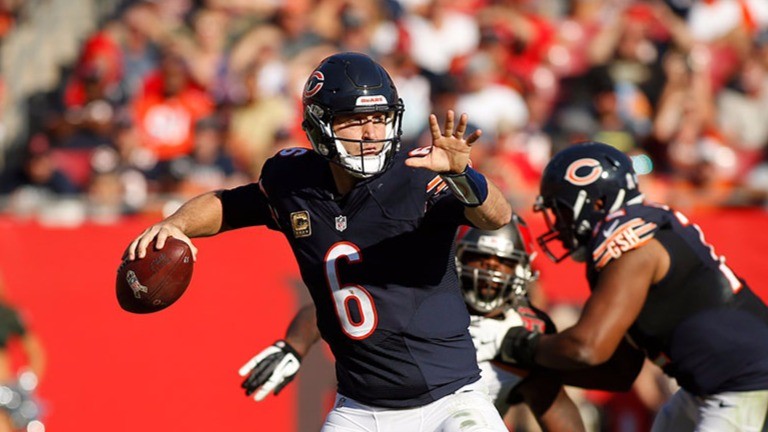 Chicago at NY Giants
Eight of this week’s remaining 13 games have favourites of six points or more and the safest of the bunch could be the resurgent New York Giants against ailing Chicago.

The Giants are trying to make the most of a run of five fixtures without a true away game – they have beaten Baltimore, Philadelphia and Cincinnati at home and Los Angeles at Twickenham in a road game on neutral territory.

And they have every chance with 2-7 Chicago suffering further blows this week with the loss of Pro Bowl guard Kyle Long to injury for the rest of the season and a four-game suspension picked up by leading receiver Alshon Jeffery.

The last of those was last week’s meltdown in Tampa Bay where they committed four costly turnovers.

The Giants should be in high spirits and with Cleveland next on their schedule they have a fine chance to make the playoffs.

Tennessee at Indianapolis
Tonight’s game at the Lucas Oil Stadium features two teams whose talent is more heavily skewed towards offence than defence in the league.

The Titans have caught the eye with four wins in their last six games, including last week’s 47-25 hammering of Green Bay and quarterback Marcus Mariota and running back DeMarco Murray have been piling up the points.

Tennessee’s defence have shown little sign of stopping any offence they have faced, though.

The 60 in that sequence was the first clash of the season between these teams and there’s no reason not to expect a similar tally on the fast indoor track in Indy.

The Colts have conceded at least 26 points in their last four games but their offence always gives them a chance to keep pace with Andrew Luck looking for wide receiver TY Hilton.