Giants have the quality to tame Bengals in Big Apple 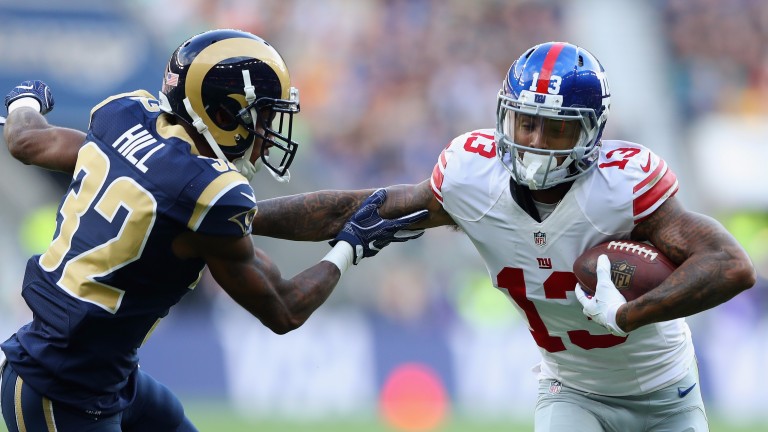 Cincinnati and the New York Giants were two of the more functional NFL teams to visit London this season and a competitive game is in prospect when they clash at the MetLife Stadium.

The Bengals have had a week off since playing out an entertaining Wembley tie with Washington – they were probably happy to escape defeat after their opponents missed a 34-yard field goal in overtime.

The Giants impressed after a slow start in their 17-10 victory over the Los Angeles Rams at Twickenham a week earlier and scored an impressive 28-23 over Philadelphia in a crucial NFC East contest on their return.

It’s a surprise to see the Giants as underdogs at home for this one and they have to be backed to extend the sequence of the home team winning the last seven meetings between the sides.

The Bengals have come up short when faced with competent opposition this season. Their three wins were against the Jets, Dolphins and Browns, none of whom had a winning record going into last night’s games. And when they met top teams in Denver (17-29), Dallas (14-28) and New England (17-35) they have been put in their place.

The Giants have not got their running game going this season but with Odell Beckham leading their pass attack, they are always a threat.

The Bengals have their own receiving star in AJ Green but he goes up against a quietly impressive Giants pass defence.

Tight end Larry Donnell was benched by the Giants after a poor early fumble at Twickenham and his replacement Will Tye is value at 7-2 to score his first touchdown of the season.