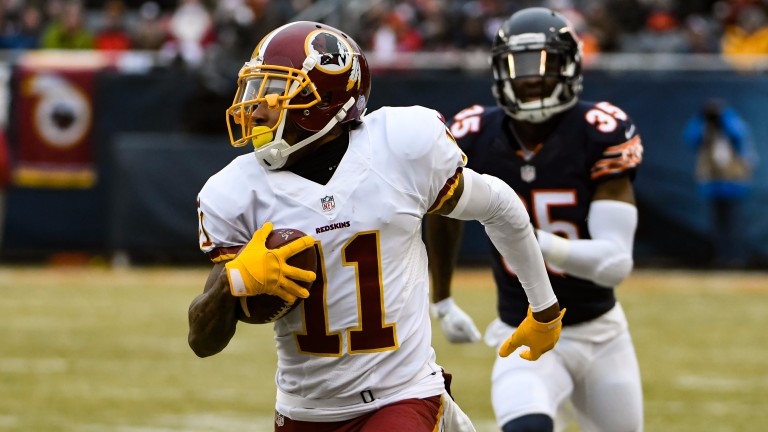 The motivation battle is one-sided in the NFC East battle between the New York Giants and Washington.

The home side make the playoffs if they win and go out if they lose (unless there is a miracle and Green Bay against Detroit ends in a tie).

By contrast the Giants are locked into the NFC’s fifth side and have nothing to gain from winning.

Coach Ben McAdoo has said quarterback Eli Manning and wide receiver Odell Beckham will start but there is no need to expose his stars to the risk of injury with a playoff game next week.

Bookmakers certainly expect to see the Giants easing up as Washington are 1-3 to win the game and favourites by more than a touchdown.

A high points total would be expected as long as both teams’ starting offences stay on the field as there are a host of defensive injuries on both sides, but the drop-off from Giants QB Eli Manning to reserve passer Josh Johnson is large.

Washington should be able to exploit the downgrade of the Giants’ secondary, which has been a strength this season. And with no need for the Big Blue to risk cornerback Janoris Jenkins, wide receiver DeSean Jackson – who has topped 100 receiving yards in each of the last three weeks – is fancied to get on the scoresheet.

Team news
NY Giants
Defensive end Jason Pierre-Paul (hernia) and safety Nat Berhe (concussion) are out. A late decision will be made on cornerback Janoris Jenkins (back). Linebacker BJ Goodson (concussion) is a doubt but tight end Jerell Adams (shoulder) and cornerback Coty Sensabaugh (ankle) are expected to play.