Getafe to settle for draw on tough trip to Huesca 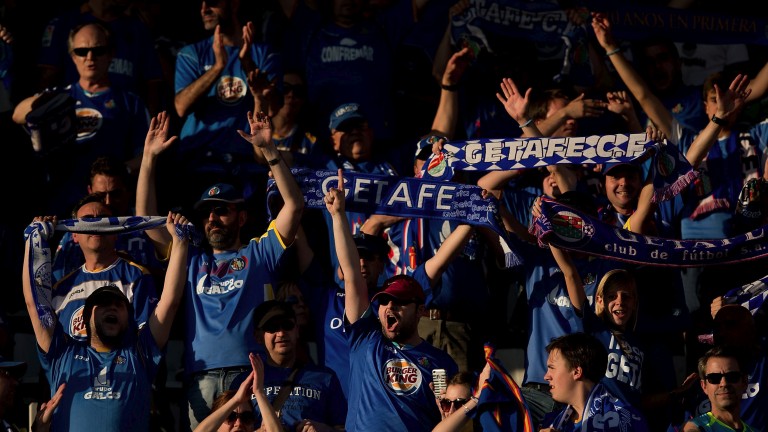 Getafe are pursuing an immediate return to the Spanish top-flight but they have struggled on their travels and may have to settle for a draw in their opening leg of the Segunda playoffs at Huesca.

Jose Bordalas has done an excellent job since taking over the reins from controversial Argentinian Juan Esnaider, who guided Getafe to just one win from their opening seven Segunda games.

Bordalas reinstated much-needed confidence in the camp following his arrival and the signing of giant Serb Stefan Scepovic from Celtic, Alejandro Faurlin from QPR and Chuli from rivals Almeria triggered a prompt turnaround in their form.

However, the Deep Blues are unlikely to regard this season as a success unless they regain their La Liga status.

Getafe’s patchy away form has already cost them automatic promotion – they finished just two points behind second-placed Girona – and it’s difficult to see them taking a lead back to their fortress.

The guests have won just two of their last 11 road games and those triumphs came at Alcorcon and Real Zaragoza, who both finished just two points out of the relegation zone.

Defeats at 13th-placed Sevilla II, 17th-placed Numancia and 19th-placed Murcia highlight their troubles away from home and a trip to Huesca is not ideal for such poor travellers.

The hosts finished the regular season at their Aragon base unbeaten in nine matches. They conceded just five times in that fruitful spell and should be confident of a good display following Saturday’s win at champions Levante, which confirmed their place in the playoffs.

However, these sides couldn’t be split in their two meetings this season and with so much at stake, a third stalemate looks likely.