Germany can no longer think they can just turn up 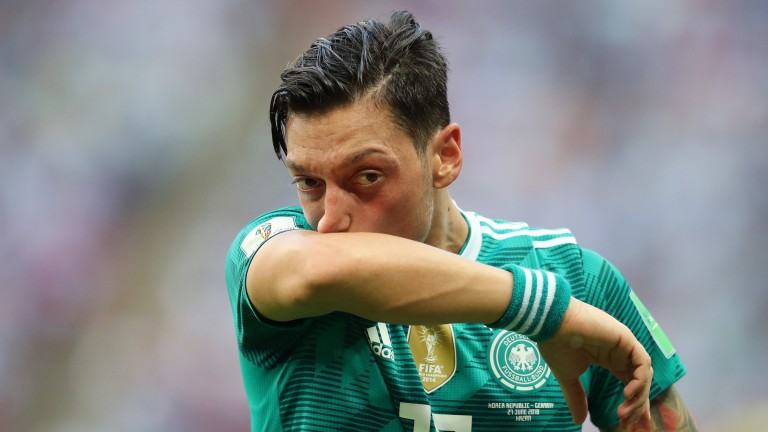 So, where did it all go wrong? Well, where do you want me to start?

Germany have failed to get out of the group stage of the World Cup for the first time since 1938 and plenty of questions are being asked about why they joined the long list of recent winners not to reach the knockout stages.

I have spoken about the problems they had heading into the tournament before. Their friendly results were poor and the controversy about Mesut Ozil and Ilkay Gundogan meeting the Turkish president never went away.

But while I thought they would struggle in the tournament, I never really considered that Joachim Low's team would not make it out of a group made up of Mexico, Sweden and South Korea.

Maybe that's the problem. Expectations were actually too high.

In the absence of experienced players such as Philipp Lahm, Bastian Schweinsteiger and Miroslav Klose, the young players struggled to gel with those who had been to tournaments before.

Yet there was a feeling that 'we are Germany, we should not have to worry about things such as bad form and off-the-field issues because as soon as the tournament starts, everything will come together'.

And the problem was that it didn't and the quality of the performances the Mexicans and Swedes put up against them left them struggling from the off and although the game against South Korea ended in crazy circumstances, they didn't really look scoring apart from when Mats Hummels missed with that late header.

Too much faith was placed in the fact Germany won the Confederations Cup comfortably just a year ago, but let's remember it was Chile who they beat in the final and they didn't even manage to qualify for the World Cup.

So now the investigation will now be conducted into the whole episode and I don't expect many conclusions to be reached quickly.

Firstly, there is no need to rush because their next game will be in the new Nations League against France and that won't be until the first week in September.

Then, what are they going to do about Low? The problem is that the manager signed a new four-year contract just before the tournament and it is difficult to see that just being thrown away.

Another reason why he is likely to stay is that there aren't any suitable candidates to replace him waiting in the wings.

It is absolutely unthinkable that the manager of the national team would not be German and the internal candidates are just not there, so I get the feeling that Jurgen Klinsmann's former assistant is going to stay put for a while yet.

Four of the last five champions have failed to make the last 16 in the next tournament. Other teams have bounced back and I'm sure Germany will as well.

But the lesson that should be learned is that we are not invincible. We cannot think that just because we are Germany that everything will be okay.

Our attitude has always been that tournaments do not start until the group stages are over, but we cannot afford to think like that again.

We have been found out in the last couple of weeks and never again we will be able to think that we only need to turn up.

Despite Germany's early departure, it has been a great World Cup and one of the reasons for that has been that some of the fancied teams have not done particularly well.

I think it's good that one of Sweden or Switzerland will have a chance of getting into the semi-finals and teams such as Colombia and Uruguay will fancy their chances of going deep into the competition.

England have a great chance to do well too. It will not be easy for them to get past Colombia on Tuesday but if they manage that I would fancy them to get to the semi-finals now that the draw has opened up for them.

I don't have a problem with Gareth Southgate making changes to his team against Belgium and it looks to have worked out fine now they have avoided being in the same half of the draw as Brazil.

They have proved in their first two games that they can be a big threat from set-pieces and the importance of that should not be underestimated.

Of the teams at the top of the betting, I think Brazil are the ones with the scope to make the biggest improvement and they are worthy favourites but my best two bets for the weekend are to oppose Croatia on Sunday and France on Saturday.

Lots of people have been impressed with Croatia and of course they have some talented players such as Luka Modric and Ivan Rakitic.

But there has been an overreaction to what they have achieved in winning their three matches in Group D.

They won 2-0 against Nigeria when the Super Eagles were a shadow of the team they were when they played their other two matches, while Argentina were a complete mess when Croatia beat them 3-0.

So I think people have got carried away and their game against Denmark could prove to be a tough one.

The Danes have proved to be difficult to break down and I was extremely impressed with them when I watched their playoff game against Ireland in Dublin.

Yussuf Poulsen is back from suspension which should be a big boost while Christian Eriksen is capable of changing a game in a heartbeat.

Croatia cannot take anything for granted in this one and I think the Danes are definitely a good value bet to make it through to the last  eight.

Argentina have hardly set the world alight and should probably consider themselves lucky to have got out of the group stage, but I'll take them to fight their way past France.

It's an anti-French bet really, as I think they have been terrible. Considering the talent Didier Deschamps has at his disposal, they just haven't demonstrated any cohesion at all and now is not the time to be trying new things.

They have been fortunate to get this far but Argentina, with Lionel Messi, can improve and maybe their tournament will get going now.