Stuttgart should find Freiburg a much easier test 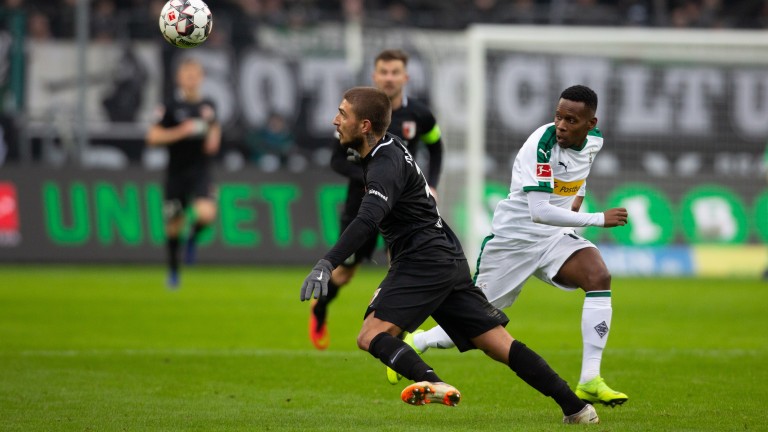 Konstantinos Stafylidis of Augsburg takes the ball away from Monchengladbach's Ibrahima Traore
Juergen Schwarz
1 of 1
By Liam Flin 8:00PM, FEB 2 2019

Stuttgart have performed admirably despite a tricky run of fixtures and they can take the spoils in their six-pointer with Freiburg.

The hosts had held Bayern Munich at half-time in their last game before succumbing to defeat and notched in games against Mainz and Schalke.

Freiburg, who have lost three of their last five matches, will represent a much easier test and Stuttgart can take maximum points.

Key stat
Stuttgart are unbeaten in their last seven meetings with Freiburg.

Augsburg appointed Jens Lehmann as assistant coach this week and they can give the former Arsenal goalkeeper a warm welcome with three points.

The club from Bavaria go into the game following three successive losses but they have been strong in the final third, notching in four of their last five games.

They held Schalke and Hertha to draws last month and a flaky Mainz defence presents a decent opportunity for them to record a victory.

Key stat
Augsburg have won three of their last four meetings with Mainz.