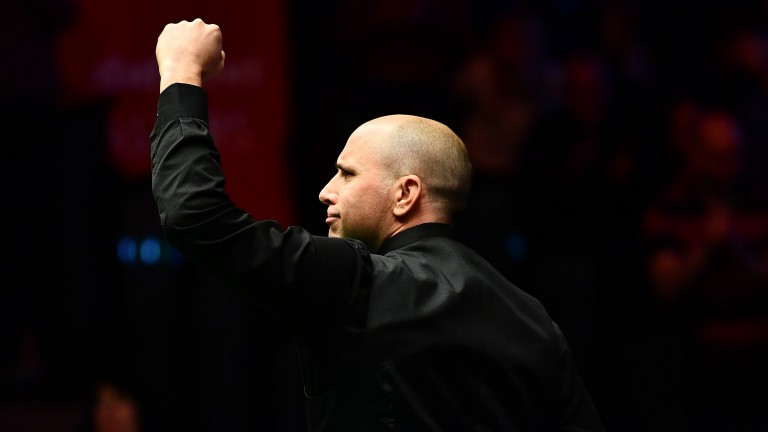 Perry put paid to John Astley 6-0 in his opening contest and followed that with a commanding 6-1 win over the capable Michael Holt. Joe O'Connor took two frames off the Gentleman in the previous round but superb breaks of 100, 109 and 127 saw Perry through in impressive fashion.

There's no doubt that Trump represents the Fen Tiger's toughest test in the event so far but Perry has the temperament, safety game and scoring power to at least compete with the Ace.

Trump was run close by Dominic Dale in the second round, and although a 6-2 scoreline against Mark King at the last-32 stage reads well, the winning margin probably flattered the Bristol Boy.

Perry is rated a 9-4 shot to win the match and a 4-5 poke getting a 2.5-frame start and both of those offers look to underrate his chances.

Kyren Wilson is a 3-4 chance when he takes on Barry Hawkins this evening while Ding Junhui and Stuart Bingham are both long odds-on when they tackle Martin O'Donnell and Sunny Akani.