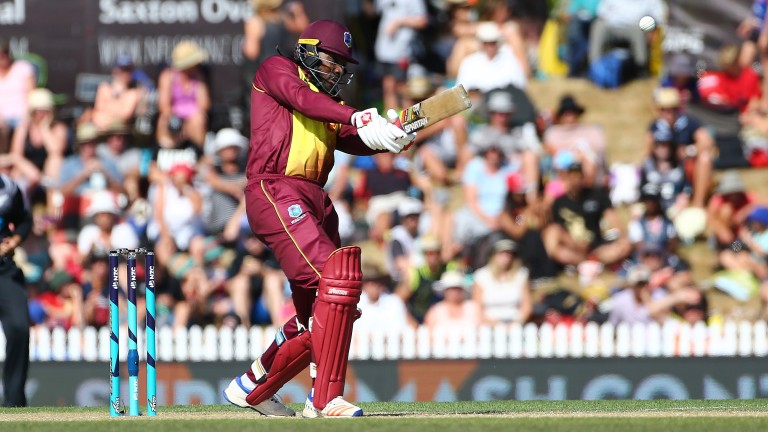 The ICC World XI features some big names in Shahid Afridi, Tamim Iqbal and Luke Ronchi but they could be tested by a West Indies batting contingent spearheaded by Chris Gayle in their T20 clash.

The Windies will be keen to make amends for a disappointing showing in their recent T20 series with Pakistan, where they lost all three games, falling to a heavy 143-run demolition in their first outing.

They now have Gayle available and fresh from recording 368 runs in this year’s Indian Premier League for Kings XI Punjab, including three 50s and an unbeaten century against finalists Sunrisers Hyderabad.

Eoin Morgan was due to captain the World XI but suffered a fractured finger so Sam Billings has been brought into the squad with all-rounder Afridi taking the captaincy.

Lancashire travel to Leicestershire for a Royal London One-Day Cup basement battle and the visitors can kick-start an emergence from the North Group doldrums with victory over the Foxes.

Despite winning just one of their five matches in the competition this term, Lancashire lost by only slender margins to Worcestershire and Northamptonshire and showed glimpses of last year’s One-Day form in their 192-run triumph against Durham.

England suffered a heavy nine-wicket defeat in their first Test with Pakistan last week and Keaton Jennings has come into the side for Mark Stoneman ahead of the second Test at Headingley on Tuesday.