Gary Anderson can turn the heat up on Van Gerwen

MVG is not unbeatable 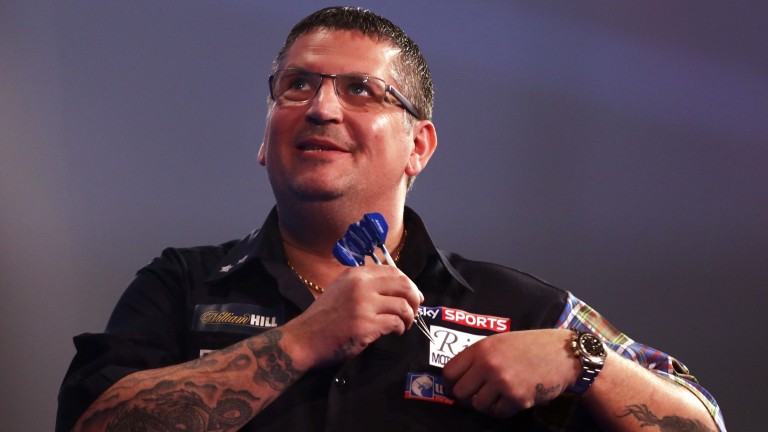 Forget Sunday lunch at the Dog & Duck, it's a Michelin star main course when Michael van Gerwen takes on Gary Anderson in the second semi-final at the PDC Grand Slam of Darts.

Van Gerwen looked rattled against Michael Smith in the last 16, and while he put Jonny Clayton to bed in the quarter-finals, the Dutchman is vulnerable when it's served up to him. Admittedly, that isn't very often but at 2-1 Anderson looks too big to ignore.

MVG grabs the headlines for his sublime darts but it's worth remembering the Dutchman was beaten in the last 16 of the European Championship by Steve West last month and was then dumped out in the quarters of the World Series of Darts Finals by Raymond van Barneveld.

Phil Taylor's departure from professional darts has seen the spotlight focused on MVG even more than before, understandably so given his brilliance, but even the coolest of customers will feel the heat at some point.

Anderson needs no introduction, a superb chucker who knows how to beat Van Gerwen and quotes of 2-1 seem to underestimate his chances.

FIRST PUBLISHED 2:18PM, NOV 18 2018
The Dutchman was beaten in the last 16 of the European Championship by Steve West last month