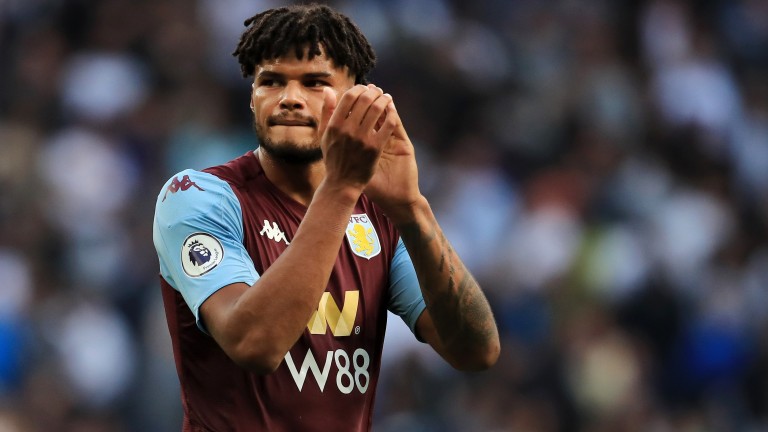 Aston Villa's Tyrone Mings has been called up to the England senior squad for the upcoming Euro 2020 qualifiers
Marc Atkins
1 of 1
By Liam Flin 4:02PM, AUG 29 2019

Gareth Southgate has named his 25-man squad for the upcoming Euro 2020 qualifiers against Bulgaria and Kosovo, handing defenders Aaron Wan-Bissaka and Tyrone Mings their first call-ups to the senior side.

England are 5-1 second favourites to win next year's competition and are top of Group A in qualifying after winning their opening two matches against Czech Republic and Montenegro.

James Maddison and Mason Mount, who are 4-7 and 6-4 respectively to make the initial 23-man squad for Euro 2020 next summer, return to the group along with Kieran Trippier and Alex Oxlade-Chamberlain.

Manchester City defender Kyle Walker is a surprise omission from the squad but is still 3-10 to be included in next summer's party.

The inclusion of Trent Alexander-Arnold means Southgate's squad features three right-backs along with Wan-Bissaka and Trippier, while John Stones misses out with a thigh problem.

The key to Southgate's success as England manager has been his reluctance to opt for reputation over current form and he has stuck to his guns once again with this selection.

Mings has arguably been Aston Villa's best player this season and deserves a chance and Mount's regular involvement in Chelsea's first team warrants a starting spot.

His decision to opt for three right-backs is interesting but makes sense if the plan is to potentially deploy one of them on that side of a back three.

Maddison is a player to be excited about but will likely go head-to-head with Mount and Ross Barkley for an attacking-midfield role.

Jadon Sancho is in superb form in the Bundesliga for Borussia Dortmund and must be rewarded with a place in the first 11. The ideal front three would see him line up alongside Harry Kane and goal-machine Raheem Sterling.