From Royal Athlete to VAR: thank you for reading 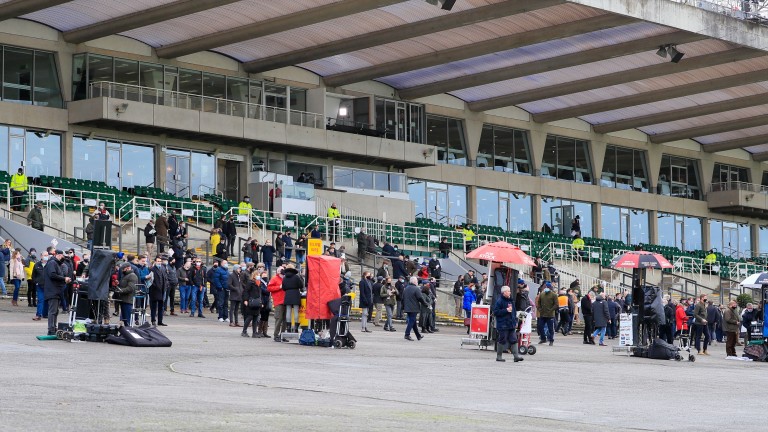 Bookmakers were back on track at Sandown last week but punters could have to prove they can afford to lose £100 a month as a result of the government's gambling review
Mark Cranham (racingpost.com/photos)
1 of 1
By Bruce Millington UPDATED 1:29PM, DEC 17 2020

The UK government, currently embroiled in a high-stakes gamble called Brexit, has decided now is a good time to reform gambling laws and has launched a review, in which the prime minister is said to be taking a close personal interest.

Well, why not, eh Boris? Not much else happening right now, is there?

And here’s a question those of us who enjoy a wager could soon face: how would you feel if new laws were introduced that prevented you placing a bet once you had lost more than £100 in a month?

The irony of such a situation will not elude any punter who has had to endure regular, significant stake restrictions from bookmakers.

The most striking potential upshot of this week’s gambling review announcement is that people who bet could, as standard practice, be allowed to lose a maximum £100 in a month before being required to prove they can afford to sustain such a deficit.

That is something to which bookmakers and British racing, which would lose an estimated £20 million if such a measure was introduced, would be rabidly opposed, but it would doubtless raise a rueful smile among all those who have been prevented from losing even that amount simply because they have shown themselves to be likely to make a profit from their betting.

Affordability checks sound good in principle, and would undoubtedly prevent the small number of problem gamblers who stray into trouble from suffering serious harm.

But they raise a number of serious questions, not least regarding the threshold. Most punters would rarely if ever risk losing a three-figure sum in a single month, but plenty more regularly bet in volumes that would trigger affordability checks and these are the more committed bettors who help fuel the levy, which in turn provides racing professionals with the prize-money that keeps the cogs turning on the whole operation.

In order to know someone was £100 down in a month, or any amount for that matter, some sort of multi-account monitoring system would be required and that would undoubtedly generate mistrust from punters regarding confidentiality and security issues.

Moreover, what exactly constitutes a bet? A game of chance like roulette or a game of skill like picking the winner of the 3.10 at Pontefract?

Is spread betting included? National Lottery tickets? A sell of Apple shares or even a buy-to-let property? It's all a gamble.

And while it is absolutely right that a responsible government keeps tabs on all potential risk areas, especially given how much the world has moved on since the 2005 Gambling Act was introduced, it should be remembered that having a bet is not in itself dangerous. You might win.

“One life torn apart by gambling is one too many,” sports minister Nigel Huddleston wrote in this newspaper this week, and while it is hard to argue with that, does the same sentiment apply to lives torn apart by alcohol and smoking?

I have yet to read about plans to prevent anyone drinking more than 56 units a month (the recommended maximum) or puffing their way through a specific number of cigarettes.

Protecting the vulnerable while letting those in no risk carry on with their lives as normal has, of course, been a running debate this year, but where gambling is concerned politicians need to focus solely on research and evidence when deciding which measures will make a meaningful positive difference without ruining what is for the majority of bettors a perfectly legitimate hobby.

If they make decisions based on how popular they will be with those who neither understand nor approve of gambling they could jeopardise livelihoods and the entire racing industry.

We clearly need to avoid the bad old days of vulnerable gamblers being led out to sea rather than to the safety of higher ground by operators, and it is hoped when bookmakers who were guilty of exploiting addicts reflect on what they got up to they realise how revolting and damaging their behaviour was.

The industry has, thankfully, cleaned up its act considerably in recent years and measures to ensure a bet is fun but safe should be made in recognition that most punters enjoy their wagers in a perfectly harmless manner and should not be required to hand over details of their entire financial income and outgoings just because they happen to have had the kind of bad run most people experience occasionally.

Good things are likely to emerge from the review. It is right that the National Lottery, and particularly its scratchcards arm, is not available to those under 18, and if you are going to limit roulette and other casino games to £2 a spin in a betting shop that should also be the case with equivalent mobile and online products.

It is also wise to offer added protection to younger people who are gambling for the first time.

But those in charge of deciding what reforms will be made to UK gambling laws should make it their priority to adequately protect those who are showing signs of succumbing, while remaining conscious of the fact betting is not fundamentally wrong or harmful.

My life would be far less interesting if I could not put my money where my mouth was, and I for one do not relish the idea that the government could demand to interrogate my financial affairs because I happened to lose more than £25 a week four times on the trot.

From Royal Athlete to VAR: thank you for reading

The first Thursday Column I had the privilege of writing appeared in The Sporting Life on April 6, 1995. The last one appears today.

In the three days that followed the debut offering Royal Athlete, trained by Jenny Pitman and ridden by Jason Titley, landed the Grand National, Ben Crenshaw won the Masters, a tournament that featured the first appearance in a major by a teenage sensation called Tiger Woods, and in the FA Cup semi-finals Everton beat Tottenham 4-1 at Elland Road, with two goals from Daniel Amokachi, and Manchester United and Crystal Palace drew 2-2 at Villa Park. 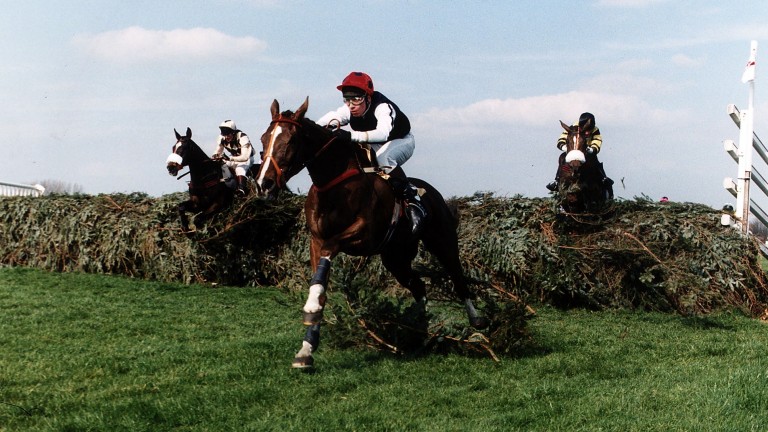 Having a weekly column has been a huge source of pleasure and pride for more than a quarter of a century, but the time is right to blow the final whistle on it. Coming up with new angles and fresh opinions gets increasingly difficult.

I have so many people to thank, including Vinnie Jones, who, in a one-way phone conversation that can be best described as extremely frightening, taught me that if you are going to write things about people that they might not appreciate you should be aware they might actually read them.

I’m grateful, too, for the feedback from Nicky Henderson, “The reason I had never seen your column,” he once touchingly told me, “is that it is stuck between the dog results and the rugby league.

“And having read this week’s I can see why that is where they hide it.”

With greater sincerity I would like to thank the editors who either originated the column or tolerated it for so long and also the marvellous production wizards who corrected my errors and made it look so nice every week.

Most of all, though, I would like to say how grateful I am to all the readers who have been kind enough to comment on my ramblings down the years. I got plenty of things wrong but above all else I tried to avoid the column being boring.

Happily, the Thursday Column will live on, with a squad of talented Racing Post writers contributing a variety of views on sport and betting, and I may even chip in occasionally if I have something to get off my chest that does not involve VAR.

Thank you so much for reading.

FIRST PUBLISHED 6:00PM, DEC 9 2020
Having a weekly column has been a huge source of pleasure for more than a quarter of a century, but the time is right to blow the final whistle

RIP Alan Shone - sadly for racing, we truly won't see his like again 'My only worry is the weather' - in-form yard has best-ever Ascot team primed Good horses are great but a good bet on a good horse is even better Racing's coming home - but how will Royal Ascot fare on ITV as the Euros begin? Frankie Dettori to link up with an old friend in bid to break July Cup hoodoo 'It's the most fun thing I've ever done - I understand why people skydive now'