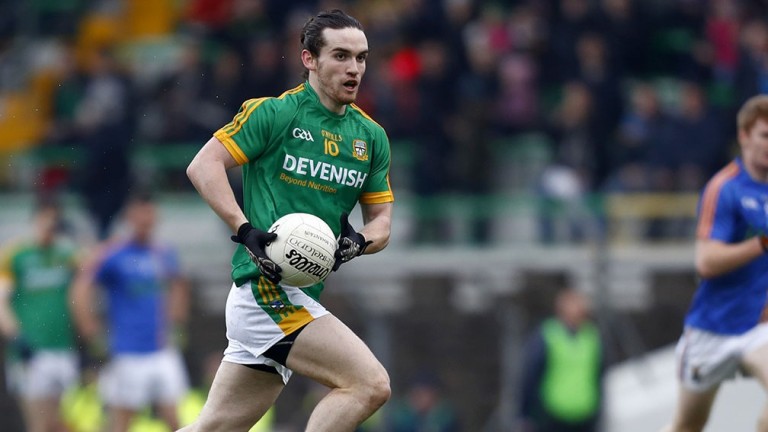 Now that Tyrone have decided to use Cathal McShane and Mattie Donnelly as outlets up front at all times, they could have a major say in the All-Ireland race once again but they might have to survive a scare on home soil in their Ulster opener against Derry before they can start dreaming of bigger and better things.

Derry got closer to Donegal than any team in last year's Ulster championship and they begin the new campaign with some silverware in their trophy cabinet having accounted for Leitrim in the Division 4 league decider.

Tyrone were notoriously slow-starters last year and it was only late in the day when they managed to overhaul Meath and Monaghan.

They are trying to perfect a new kicking style of play and it could take a while for them to find their rhythm so Derry could make the early running.

Odds of 9-2 about Derry leading at half-time look generous, while it is worth snapping up the odds-against about the visitors keeping within the three-point first-half handicap.

Tyrone's superior fitness level may not shine through until the final quarter and Derry are not as bad as the betting suggests.

Roscommon are 1-10 with most firms to avoid a shock against Leitrim in the opening round of the Connacht championship but those odds look worth contesting.

Leitrim has a superb spring where they secured promotion to Division 3 following a string of top displays and they will head into the summer brimming with confidence.

When these sides met in last year's Connacht semi-final, Roscommon won 0-24 to 0-10, but since then Leitrim have beaten Louth 0-25 to 1-12 in the qualifiers and won six of their eight league outings, only losing twice to a decent Derry side.

Roscommon banked three points from their opening three games in Division 1 but lost their last five matches in a row and suffered relegation back to Division 2.

Leitrim may be without a few key players through injuries but they have some scoring forwards who could test Roscommon.

Leitrim scored seven goals in their seven games during the group stages of the league, including three against Wexford, and they are fancied to find the net again.

This could be much tighter than most are anticipating.

Don't get sucked into thinking league form is a good gauge of where Wexford and Louth are as the Model men have always saved their best for the summer and can prove once again that they are a championship team by beating the Wee County on home soil.

Wexford won two of their three home games in Division 4 and should have won all three but for conceding five goals to Waterford in round four.

Louth surprised everyone with their impressive Division 3 campaign and they were just a point away from securing promotion but their championship record in recent years is poor and Wexford are fancied to advance.

Meath will be plying their trade in Division 1 next spring, whereas Offaly only avoided relegation to Division 4 this year because of a slightly better scoring difference than Carlow. That gulf in class should show in the opening round of the Leinster Championship on Sunday.

Meath won all four of their home matches in Division 2 of the league this spring by an average winning margin of 4.5 points and they took Tyrone to extra-time in the All-Ireland qualifiers last year in their sole championship outing on home soil. It is fair to say the Royals save their best for their home fans at Pairc Tailteann.

They needed a late Barry Dardis penalty to dispose of Kildare in round five of the league but their other three home outings resulted in comfortable wins over Tipperary (won by four), Armagh (six) and Fermanagh (seven).

Donegal are the only team to have beaten Meath this year and for long periods of the Division 2 decider they were the better team, racing into an early seven-point lead only for class to tell after the break.

Michael Newman has given the Royals a new lease of life up front and he is finally fulfilling the potential Meath fans always knew he had. His free-taking has been exceptional and his contributions from open play have been more plentiful too.

Thomas O'Reilly, Bryan McMahon and Cillian O'Sullivan are all in top form and so it is hard to see a fragile Offaly defence keeping them at bay.

It seems Offaly started their Division 3 campaign with a defensive mindset, conceding only 0-13 to Westmeath and 1-6 to Longford in the opening two rounds, but they altered their style from round three onwards and coughed up 2-10 to Louth and 2-12 to Down and Laois in three of their final five games.

Meath netted two goals against Fermanagh, Cork and Armagh in the league and look great value at odds-against with Paddy Power to do likewise against Offaly.

With a warm, dry day forecast, this should be a high-scoring affair and over 32.5 match points looks likely.