Gabriel absence could leave title out of reach 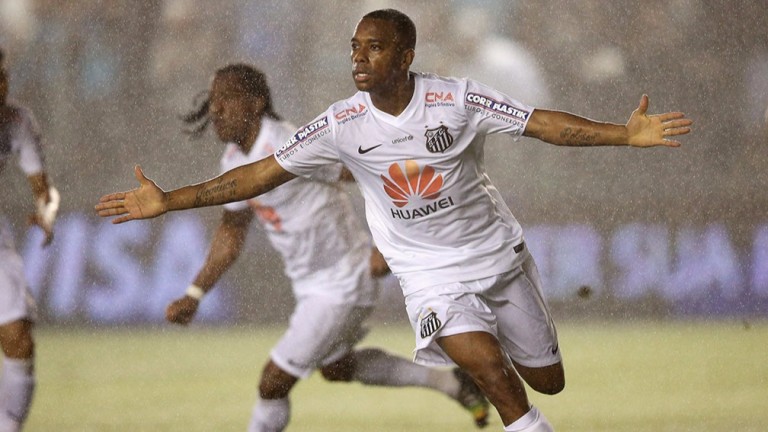 Atletico Mineiro's Robinho celebrates a goal for former side Santos against Cruzeiro
Getty Images
1 of 1
By Dan Sait 7:23PM, NOV 16 2016

Victory at Atletico Mineiro would all but secure the Serie A title for Palmeiras, but the Sao Paulo outfit could face another anxious few days before ending their 22-year wait for silverware.

That record is all the more impressive given they kicked off 2016 with two defeats and a draw in their first four outings at Estadio Independencia, and the run of 12 consecutive home league wins that followed only came to an end last time out when top-three rivals Flamengo nicked a 90th-minute equaliser.

Experienced strike partnership Robinho and Fred have been banging in the goals for Atletico this season, with Fred leading the scoring charts with 13 and Robinho one behind, but it’s at the other end of the pitch that last season’s runners-up have fallen short, conceding 44 goals.

However, Palmeiras may struggle to exploit that wobbly defence due to the likely absence of rising star Gabriel Jesus.

Last season’s Serie A Best Newcomer has continued his steep upward trajectory in 2016, scoring 11 goals for his club to help fire Palmeiras to the brink of a historic league success.

But the downside to unearthing such a gem is that the Brazil national side has also come to rely on the youngster, with Gabriel Jesus leading the attack for Brazil against Argentina last week and then in Peru on Tuesday night.

Even with the title so close, it is unlikely Palmeiras will risk Gabriel Jesus a day after he returns from international duty, and the team looks a little light on goal threat without him.

With a six-point lead and three easier matches to come, an away point would be no disaster for the leaders, so back Palmeiras to shut up shop in Belo Horizonte.