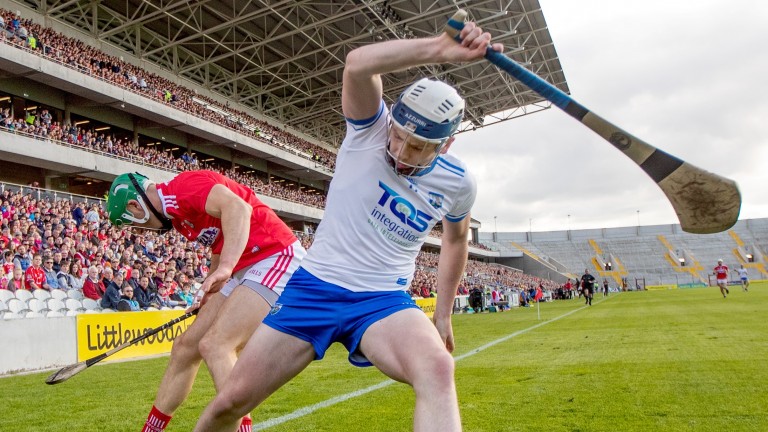 Cork and Waterford face off as part of a cracking Munster double-header on Sunday
INPHO/James Crombie
1 of 1
By Mark Boylan 4:10PM, MAY 13 2022

Dublin or Kilkenny to win by one to four points or draw
2pts 10-11 Betfair, Paddy Power

Kilkenny are four-point favourites to bounce back from their dramatic added-time defeat to Galway a fortnight ago, but if Dublin bring their very best to the table this will be a nip-and-tuck battle.

The Dubs always have the potential to cause a provincial upset but haven't always been the most reliable either, as evidenced when the two sides met in the Allianz League in March.

Fresh from claiming a scalp in Tipperary, Mattie Kenny's men were bitterly disappointing when welcoming Kilkenny to Parnell Park, and were beaten 0-16 to 2-23.

Confidence will be high in the Dublin camp after a trio of wins to start their championship campaign, especially in round two when digging in gamely to deny Wexford away from home.

They get the chance to make amends for their league no-show against Kilkenny on Saturday night, and surely they will be eager not to take a backwards step by repeating that result.

A small wager on Dublin in receipt of a four-point handicap start is recommended, but a draw or either side to win by four points or fewer looks the most solid play.

With the exception of Kilkenny's meetings with Laois and Westmeath - inferior sides they would have been fully expected to beat handily - neither team has looked like putting up massive points tallies against top-tier outfits.

BoyleSports have set the line at 49.5 points, but Paddy Power make it 51.5 points. Going under the latter marker looks the way to go.

Back-to-back defeats have left Cork with a bit of a mountain to climb in terms of their championship ambitions, and the need for a result against a top side like Waterford is a far from ideal situation.

The Deise have had a couple of weeks to recover from a pulsating encounter with Limerick in which they went down by three points, and they have every incentive to take this game extremely seriously as a second loss would leave them on the backfoot ahead of their final-round showdown with Clare.

If Waterford play to their very best, they will take all the beating. They were far too good when beating the Rebels 4-20 to 1-23 in the Allianz League final and their attacking firepower is probably only bettered by the reigning All-Ireland champions.

Given Liam Cahill's side averaged 31.7 points in the league before scoring 30 points against Tipperary and 27 against Limerick, they can post at least 30 against a Cork side who have conceded 2-28 and 0-28 in their two provincial games so far.

Waterford have also averaged 2.9 goals in their league and championship games this year, while Cork haven't failed to raise a green flag in either competition for nearly 40 months.

Over 3.5 goals looks well worth supporting, while Dessie Hutchinson can get in on the act in a double with Waterford to win the match at 15-8.

From a punting perspective this looks the toughest of this weekend's big three fixtures to call as Limerick, who have one foot in the Munster final, take on in-form neighbours Clare.

Limerick overcame a first-half deficit to register a seven-point win over Tipperary last time out and they are again fancied to get the job done.

However, Clare, who have impressed in beating the Premier County and Cork, will be fired up for this home tie and can keep things tight for a considerable portion of the game - the pair drew 18 points apiece when meeting in the league.

Clare have started brightly and been well clear at the break in both of their Munster wins this year, so it could be worth taking a chance on them leading at half-time and Limerick leading at the finish.

Kyle Hayes is always a goal threat, so odds of 15-8 about him raising a green flag and Limerick winning the game appeal.