Donegal capable of winning every game in Division 2 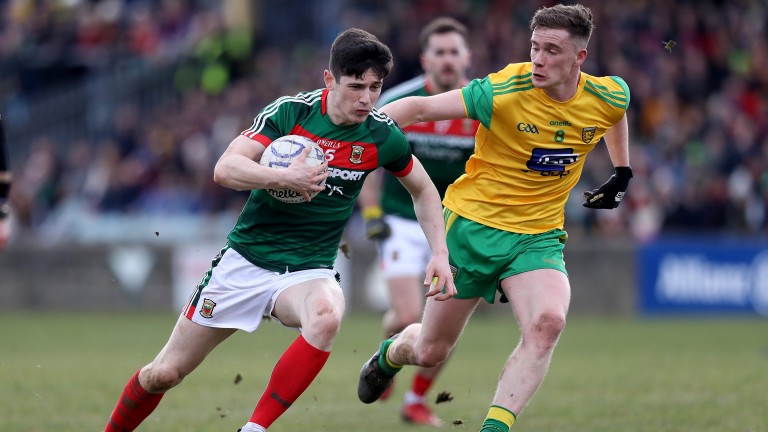 Donegal are in a different league to their seven rivals in Division 2 and odds-against quotes about them winning the division underestimate their superiority. They should be odds-on.

Donegal are 16-1 for All-Ireland glory in 2019. The next shortest price about a Division 2 team lifting the Sam Maguire is Kildare at 100-1, which tells you all you need to know.

Right now, Donegal are among the top six teams in Ireland. They waltzed through last year’s Ulster championship with an average winning margin of 9.75 points in their four games.

Perhaps the reason Donegal are odds-against to take the Division 2 title is down to their talisman, Michael Murphy, being sidelined for a few weeks after undergoing knee surgery, but they play a poor Clare side in round one and are at home to Meath in round two, so four points should be assured even without him. Paddy McBrearty will be missing too, but in Jamie Brennan, Donegal have arguably the most exciting young forward in the country.

Kildare, who are Donegal’s biggest dangers according to the betting, are without their best player in Daniel Flynn, so their forward unit does not up to much.

Donegal do not play Kildare until round seven and they are at home so it is definitely worth taking Paddy Power's offer of 8-1 about them winning every game in Division 2.

There are some poor teams in Division 2 and Donegal will be long odds-on to win the majority of their games.

The only trouble could come from Armagh, who looked to be progressing nicely in the McKenna Cup. Again, though, Donegal play them at home in Ballybofey in round five.

The advice is to back both Donegal and Armagh to be promoted at 6-1 with Paddy Power. The rest of the sides don’t look good enough to reach the top flight.

Dublin will be tough nuts to crack in Division 1 but Kerry look overpriced to top the pile after the seven round-robin games.

New manager Peter Keane has his fair share of injury problems but the Kingdom have four games at home and two of their away games are against Cavan and Roscommon, who are both odds-on to be relegated.

Kerry play Dublin in round three, the second Sunday in February. The earlier you get the Dubs the better and the fact that the game is in Tralee is massive.

Cavan and Roscommon look out of their depth in the top tier. Their showdown in round four will be crucial and the Breffni boys have home advantage, so take the 7-1 Paddy Power are offering about Roscommon picking up no points at all.