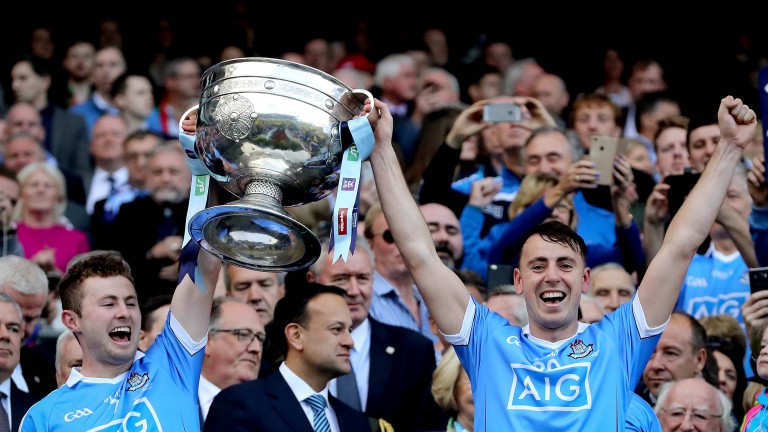 Laois will try to frustrate Meath in the same way they frustrated Westmeath in the Leinster quarter-final but the Royal County know how to unlock defensively-minded sides and can do so again with the big pitch at Croke Park expected to suit.

Having survived an almighty scare against Offaly in their own provincial opener, normal service was resumed for Meath in the quarter-final as they saw off Carlow with the minimum of fuss.

Carlow, like Laois will probably do, tried to pack their defensive and play on the counter-attack but Meath have the pace to cope with that assignment.

With Bryan McMahon and Cillian O'Sullivan up front, Andy McEntee's men have a cutting edge and the ability to unlock the Laois defence. There is also Graham Reilly and James Conlon in reserve if things are not going according to plan for the starting 15.

Meath managed to score 2-12 against Fermanagh in the league so defensively-minded sides are no longer a barrier to their progress.

Expect them to deft the two-point handicap handsomely. They are now the second-best team in Leinster and this is the perfect stage to prove it.

Dublin have conceded only two goals in the Leinster championship in the last three years and that makes the odds-against available about them keeping another clean sheet appealing.

Kildare scored a goal in the 2017 Leinster final and Wicklow got one in the opening round in 2018 but they have kept clean sheets against Carlow, Westmeath, Longford, Laois and Louth in the last three years and another one could be in the offing.

Without Daniel Flynn, Kildare don't pose as much of a goal threat as they did in 2018. They got two in 140 minutes of football against Longford but couldn't find the net against Wicklow in the opening round of the provincial championship.

This Leinster semi-final is Stephen Cluxton's 100th championship appearance for Dublin and the best goalkeeper of all time will be keen to mark the occasion with a clean sheet.

They never looked like conceding against Louth despite playing the majority of the game with 14 men due to Paul Mannion's red card and there is not enough firepower in the Kildare attack to envisage them opening up the Dubs defence on numerous occasions.

Kildare might get one goal chance, two at the most, but they have to take them when they arrive. There is a better chance of Kildare not scoring a goal than there is of them getting a goal but the odds do not reflect that.

Cavan will probably feel the luckier of the two sides to have escaped from last Sunday's drawn encounter unscathed but it was further proof that their forward unit is not as potent as Armagh's and bookmakers have not reacted to that.

We found out that Cavan were not as good as they looked in the first half against Monaghan and Armagh are better than they looked in scraping past Down.

Stefan Campbell's return to full fitness is a big boost to Armagh and if he can produce a big display to take some of the burden for scores off Rian O'Neill and Jamie Clarke, Cavan could really struggle to keep them at bay.

This could be Malachy O'Rourke's last year in charge of Monaghan and the Farney army are beginning to look stale but that doesn't mean they won't comfortably dispose of a Fermanagh side who were outclassed by Donegal.

Patience paid off for Donegal in that Ulster quarter-final as they ran out comfortable six-point winners and Fermanagh system is started to look dated.

Monaghan will know exactly what to expect and they have a score to settle after last year's shock defeat to Fermanagh which deprived them of a spot in the Ulster final.

Monaghan can win by at least five points and should score 15 points or more.

Tipperary were on the receiving end of the shock of the championship so far as they succumbed to Limerick in the Munster quarter-final but that form has worked out badly as Cork taught the Treaty boys a lesson next time.

Down go into the qualifiers after an encouraging performance that saw them take a good Armagh side to extra-time despite having a numerical disadvantage.

Down are at home and are in much better spirits than Tipperary, so a straightforward success is predicted.

A forgettable affair looks in store at Dr Cullen Park in Carlow.

Carlow averaged 12.85 points in Division 3 of the league, while Longford fared worse and averaged only 12.57 points in their seven outings in the same division.

When these sides met at this venue in the league, Longford won on a scoreline of 1-11 to 0-9. A similar scoreline could be on the cards so under 29.5 points looks a decent bet.

Waterford were well organised in their Munster clash with Clare and unlucky to come away from the tie empty-handed.

They conceded only 0-9 to a decent Clare team and are unlikely to alter their style of play for the qualifiers.