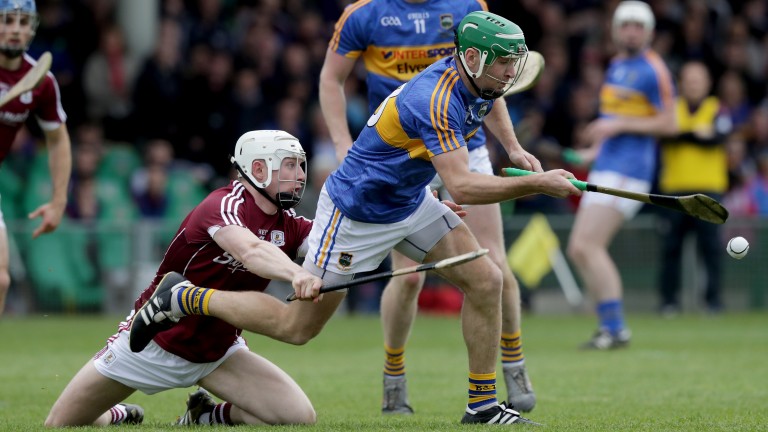 The final places in the knockout stages of the Allianz Hurling League will be determined when Galway and Tipperary meet in a winner- takes-all clash, with the Tribesmen just favoured to advance through their outstanding home record.

Galway came back to life with a determined display at Pearse Stadium to beat Cork last week, looking resolute under pressure to see off a side who often flatter to deceive.

That victory means they are now unbeaten in 13 of their last 14 league and championship games at Salthill, and that could count for plenty against a Tipperary side with only one date circled on their calendar - their Munster opener against Waterford on May 10.

The prospect of no competitive fixture for the next nine weeks should they lose will surely spur them in this tie.

The Premier County were probably fortunate to come out on the right side of last week's hard-fought battle with wasteful 13-man Waterford, who shot 16 wides and were beaten by only two points.

The sides are closely matched in the betting and it could be wise to take Galway +1 on the handicap.

Tipperary were denied at least three goal opportunities through excellent Stephen O'Keeffe saves last week and they look keen to improve their fairly ordinary tally in that department.

Galway can't boast the strongest goalscoring record in the competition either, but they showed an ability to raise a green flag in their with Cork. Over 3.5 goals at 6-4 looks decent value.

There's every chance that Carlow boss Colm Bonnar will have his side primed for a peak performance in this crucial relegation playoff but Westmeath have looked more ambitious and more capable this season and they should prove too strong.

It would be a huge shame if the Midlands men were to go down to the second division after hurling with credit in the face of some seriously tough tests this year.

A red card turned their opening-round defeat to Galway into a nothing tie but they gave Cork plenty to think about when beaten by only four points after conceding two converted penalties, with the handicap set at 13 in favour of the Rebels.

They also put up a solid second-half display against Limerick last week, held by nine points when the handicap made them 16-point outsiders.

Carlow have been the whipping boys in Division 1B, looking like winning only once in five outings when beaten by a point against Laois, and they finished with a score difference of -70 - the worst in Division 1.

Westmeath's biggest weakness has been conceding goals, with their total of 11 the highest in either division of the league's top tier, but Carlow have struck the net just once in this competition and they don't look likely to cause problems for the Lake County side.

Carlow showed against Laois that they are capable of a big performance when it really matters and they will be extremely motivated heading to Mullingar on Sunday. But Westmeath should be much too good for them at home and can maintain their Division 1 status with a couple of points to spare.