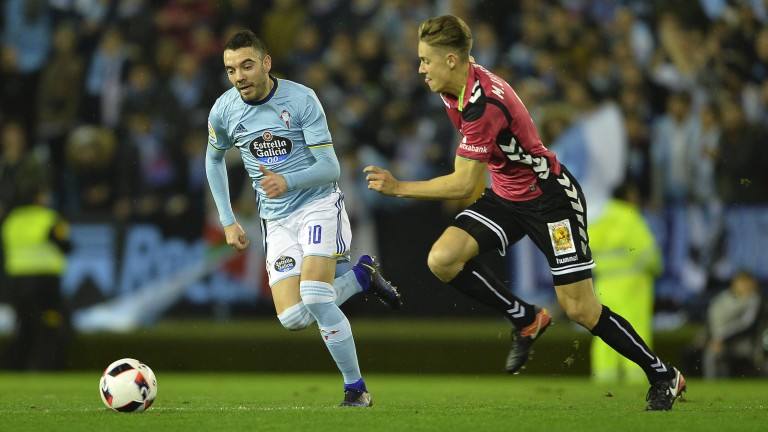 Celta Vigo have triumphed over Real Madrid and Shakhtar Donetsk in two-legged knockout ties this year and can advance to the Europa League quarter-finals by defeating Krasnodar in Russia.

An injury-time goal from Claudio Beauvue sealed Celta a 2-1 first-leg victory over Kras­nodar, putting them in the driving seat.

They were in a more difficult position after losing 1-0 at home to Shakhtar in the first leg of the round of 32 but responded superbly by winning the return match 2-0 after extra-time.

Celta’s victory in Ukraine ended Shakhtar’s 15-match unbeaten run in home games. And it would be less of a surprise if they were to defeat Krasnodar, who are fourth in the Russian top flight.

Krasnodar advanced to the Europa League last 16 for the first time in their history after defeating Fenerbahce 2-1 on aggregate last month.

However, they had a mixed bag of home results in the group stage – winning one, drawing one and losing one – and may find it tough against Celta, who seem to raise their game for big occasions.

Celta dropped their star striker Iago Aspas – the fourth-highest scorer in La Liga with 14 goals – to the bench for Sunday’s 1-0 loss at home to Villarreal. But they are set to deploy their strongest side against the Russians and should have the edge.

Copenhagen eked out a 2-1 advantage over Ajax in Denmark last week but face a tough return match in Amsterdam.

The Dutch side welcome back Davinson Sanchez and Joel Veltman from bans.