Free-scoring Toffees could bounce back to form at Fulham 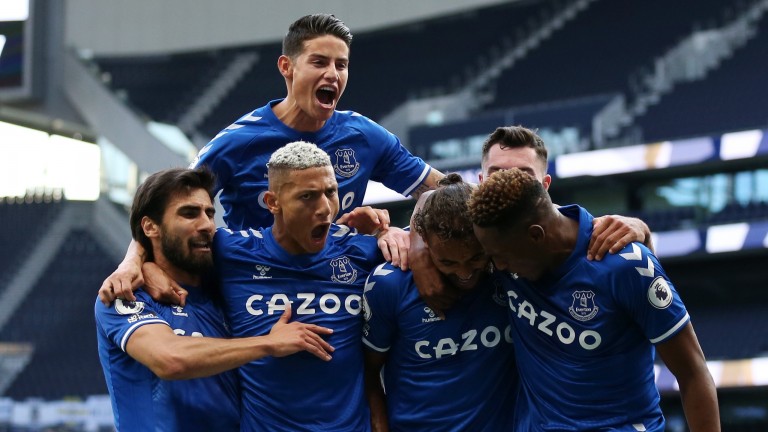 Everton
Richarlison, Fabian Delph, Allan should be fit but Seamus Coleman and Jean-Philippe Gbamin are sidelined.

It is rarely wise to read too much into pre-season friendlies but Everton's 3-3 draw at Blackpool in August gave Toffees fans an early hint of things to come.

Carlo Ancelotti's men trailed the Tangerines 3-0 after just 11 minutes that day and the goals have continued to flow freely at both ends in their matches.

An opening 1-0 win at Tottenham, the exception to the trend, was followed by Premier League victories over West Brom (5-2), Crystal Palace (2-1), West Ham (4-1) and Brighton (4-2) before a dramatic 2-2 derby draw with Liverpool.

The Toffees then came unstuck in defeats to Southampton, Newcastle and Manchester United, conceding seven goals in three games, but they have a great chance of victory at promoted Fulham.

With Richarlison and Allan likely to be passed fit to join the in-form Dominic Calvert-Lewin and James Rodriguez in the starting 11 then the visitors should have the firepower to overcome Scott Parker's hosts.

However, Everton's soft defence means they are unlikely to have things all their own way and the best way to support them may be backing an away win with both teams scoring.

Fulham have tightened up since shipping ten goals in their first three games, losing to Arsenal, Leeds and Aston Villa, but their only win and clean sheet of the season came at home to fellow strugglers West Brom.

Ancelotti's squad has had time to regroup over the international break after their hat-trick of defeats and they should hit back in an entertaining clash by the Thames.

Both teams have scored in eight of Everton's last nine games in all competitions.

FIRST PUBLISHED 11:47AM, NOV 21 2020
Everton's soft defence means they are unlikely to have things all their own way at Craven Cottage