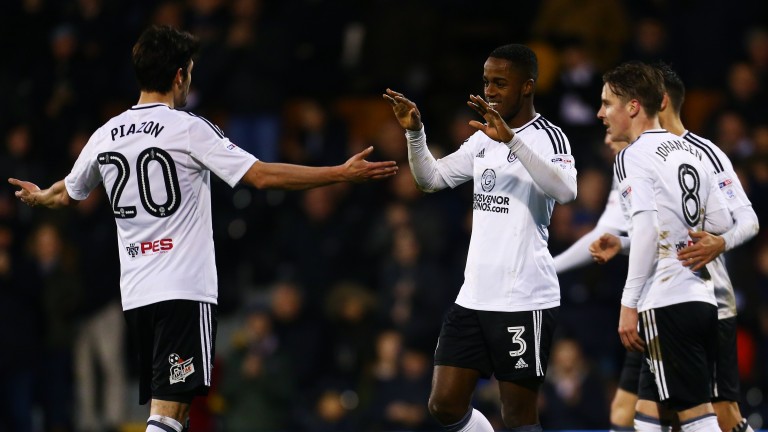 After a shock 3-1 away win over promotion-chasing Aston Villa on Tuesday, QPR would take great delight in repeating the trick at local rivals Fulham.

The Hoops' heroics at Villa Park means Fulham start the weekend just a point behind third-placed Villa, although the eight-point gap to Cardiff in second is the more pressing issue for the Cottagers.

Fulham fans certainly won't have given up on automatic promotion after their side's extraordinary effort during the second half of the campaign.

They have won 12 of their last 15 games in the Sky Bet Championship, starting with the 2-1 home victory over Barnsley on December 23, and they haven't dropped points at Craven Cottage since a 1-1 draw with Derby on November 18.

Fulham's recent success has been all the more impressive given that their last six games all came against teams in the top ten and they have swatted aside Villa (2-0), leaders Wolves (2-0) and Sheffield United (3-0) in their last three home matches.

Slavisa Jokanovic's side were crying out for a physical presence and ruthless finisher up front and the arrival of Aleksandar Mitrovic on loan from Newcastle solved both of those issues.

Jokanovic's fellow Serb is clearly relishing regular football after a frustrating time in the north-east and Fulham's array of creative midfield talents mean he is guaranteed chances.

Mitrovic has scored braces in his last two outings, against Preston and Sheffield United, taking his tally to seven in five games, and odds-against quotes about him finding the net again are hard to resist.

QPR may have taken advantage of a Villa side still dining out on their 4-1 win over Wolves three days earlier but they have lost their other eight away games against top-ten teams and make little appeal to halt the Fulham juggernaut even at odds of 5-1.

Team news
Fulham
The Cottagers have no fresh injury concerns but defender Tomas Kalas (hip) will be assessed before the game.

QPR
Josh Scowen is out with appendicitis and Paul Smyth (toe) and Jack Robinson (dead leg) are doubtful.

Key stat
QPR have kept only one clean sheet in 18 away games in the Sky Bet Championship this season.